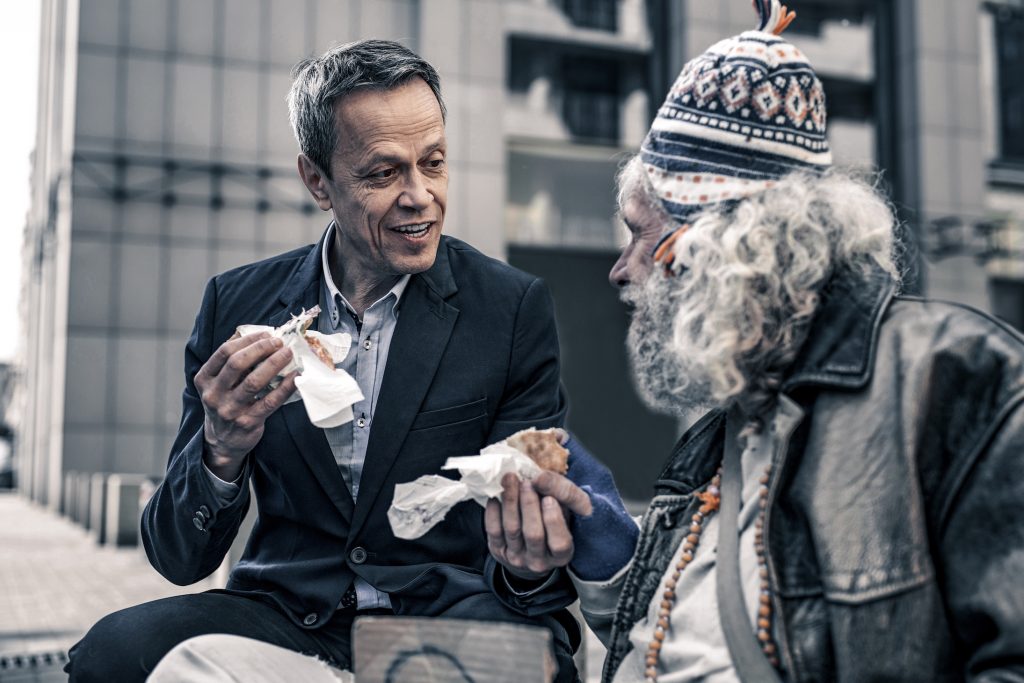 When was the last time a small, unexpected gesture on someone’s part lifted your spirits and helped you feel appreciated?  What did the gesture entail?

Or when was the last time you provided an unexpected gesture that enriched the life of another person?  What was the gesture?

I use the word “unexpected” since I’ve found that actions undertaken by others that are not anticipated often have more of an impact than interactions we expect.  The element of surprise appears to contribute to this effect; however, this view should not be interpreted to minimize the influence that even expected behaviors have on us and on others.

I raised the questions above as part of my long-term interest in examining the significance that expressions of kindness and gratitude have in our personal and professional relationships.  As many of my readers are aware, I have described the ways in which even seemingly small positive gestures, which have been labeled “microaffirmations,” can serve as a catalyst for creating pleasant and constructive situations.  As two examples, my September 2018 website article highlighted the notable benefits of microaffirmations in both school and work settings, while my September 2019 article detailed the ways in which Positive Greetings at the Door (PGDs) such as a smile or greeting students by their names served to improve their behavior and motivation and lessen disciplinary issues.

Examples of Acts of Kindness and Appreciation

My consideration of microaffirmations (as well as microaggressions when negative emotions and thoughts are triggered) has led me to become more aware of the influence of seemingly small gestures in my life that captured acts of kindness, appreciation, and gratitude.  The following represent a few examples.

Several transpired in restaurants during the past few months.  I realize that restaurants should have as a top priority the serving of tasty food and the presence of a welcoming environment if they hope to have patrons return and to recommend the restaurant to friends and family.  However, this is not always the case.  I am well aware of the importance of displaying “patience” during these challenging times of staff shortages.  I have discovered as I am certain many of you have, that some staff make it easier to show patience than other staff.  For instance, I was out for dinner with close friends celebrating a birthday.  We were very impressed with the server from his first interaction with us.  He was warm and friendly and took time to explain the different items on the menu and answer our questions.  We never felt rushed.  It was as if we were the only diners he was serving, although he had other tables as well.

At the conclusion of the meal, we were so pleased with his service that we asked to speak with the manager to share our experience.  It was obvious our server was appreciative that we did so.  And I felt better having praised his work to his manager.

Marilyn and I were having dinner with two other couples.  We were immediately taken by the warm greeting of the receptionist who seated us and then by the woman who served us.  My thought during the meal was that this staff was very well-trained and skillfully applied this training to help us feel welcome.  As we departed, all of us not only spoke about the excellent food but in addition the excellent service (most likely the food tasted even better given the positive atmosphere in which it was consumed).

Another recent example involved an issue I experienced that was related to one of my credit cards that had been hacked.  The credit card company notified me about a few small but questionable charges.  Since these were not charges I had made, the company immediately canceled the card and said they were sending me a new one.  I was on the phone with the representative from the credit card company for more than 30 minutes reviewing several issues.  Throughout that time I felt that she understood that having a card hacked was an unsettling event.

Just yesterday I realized that my old card was linked to autopay for my phone bills.  There were several details that required correction, which took more time than I had anticipated—about 45 minutes.  The phone company representative carefully reviewed what actions had to be taken, and he assured me that he would call me right back should we get disconnected (as the phone company representative, I knew he had my phone number).  Fortunately, we were not disconnected and at the end of our call he displayed empathy by noting he regretted the problem with the hacked credit card and saying he hoped that at least in terms of the autopay to the phone company, the problem had been resolved.  He will receive a very high rating when the company emails me a survey to complete.

A couple of months ago Marilyn and I had scheduled an appointment to receive both a COVID booster and flu shot at a pharmacy that was not our home pharmacy, but they had the available vaccines on hand while our pharmacy did not.  When we arrived, we were informed they had run out of the COVID booster.  They said that they had contacted everyone on the list scheduled to receive the vaccine, implying that someone must have contacted us.  They couldn’t find our names at first, and it was as if they were saying we did not have appointments.  When they finally discovered we both had appointments, I felt they were not apologetic.  We will not return to that pharmacy.  A brief apology about the failure of someone to contact us would have made the world of difference of how we perceived what had transpired.

Later that day we learned of a nearby compounding pharmacy that had the vaccines available.  We had not used that pharmacy in the past.  We booked appointments on-line. When we arrived, the staff member administering the vaccines was very friendly and efficient.  Quite a different experience from the previous day, and we’ve since recommended the compounding pharmacy to others.

We should reflect upon how often we take the time to express micromoments of appreciation and understanding.

A Lack of Appreciation

I am aware that as you read these vignettes about the restaurants, the credit card and phone company representatives, and the pharmacies (with the exception of the one that ran out of vaccines), many of you may feel that the positive interactions I described represent people doing what they are supposed to do.  While that may be true, unfortunately I have personally experienced and heard stories that indicate the “doing what they are supposed to do” occurs less often than one would hope.

Have you ever called tech support for a particular product and felt the person offering the support already assumed you were at a more advanced level of expertise than you actually were?  And to add to your discomfort, you felt their palpable frustration when you did not grasp what they were suggesting.  Or in contrast, what was your feeling when a tech support person immediately assessed that you were at a beginning level and stayed on the call for an hour to help you (as happened to me once when I was having difficulty setting up a wireless printer).

There are other situations that represent small gestures of appreciation that I have experienced and do not necessarily fall under the same umbrella as the previous examples related to “service” industries.  For example, when I give a presentation or post an article, I do so to share ideas and strategies with others without expecting a response.  Yet, I know the pleasure of receiving a note about an article or talk that the writer felt was helpful.  Being a recipient of such communications, I am aware of the importance of taking time to write such notes of appreciation to others.  I might add that sometimes I have been so touched by a note of gratitude that I have written a note of gratitude in return.

Ample opportunities exist on a daily basis to convey gratitude and kindness in just a brief moment.  These might include: an employer thanking an employee; a colleague thanking a peer; a mentor acknowledging a mentee for something they have done; spouses/partners showing appreciation to each other and/or to their children; parents (or a therapist) writing a brief note of gratitude to a teacher who has been very supportive of their child (patient); a salesperson thanking a customer for their patience during a busy time; or a customer thanking the salesperson.

I coached my sons for eight years in a youth basketball league in our town.  At the end of each season I wrote a brief note to every player thanking them for their involvement on the team.  With only nine or ten players on a team, writing these notes did not take much time.  The players were appreciative of receiving these notes, perhaps the parents more so.  I once bumped into one of the mothers of a child I had coached five or six years earlier, and she told me her son still had my letter!  Her feedback certainly enriched my life.

With the New Year approaching, many of us will be making resolutions to improve or lives and the lives of others.  As I have expressed in past articles, while the New Year represents a natural time to make resolutions, commitment to change is appropriate at any time of the year.  In addition, I have emphasized the need to be realistic in setting and reaching goals lest the best-intentioned resolutions fail in a short time (how many treadmills or other exercise equipment are used regularly for a month and soon become covered with dust or how many diets are broken within a few weeks?).  As the word implies, “micromoments” of kindness and gratitude consume only a brief amount of time.  The most formidable challenge is to remember to engage in these moments and to recognize the lifelong impact they may have on others and ourselves.  During these times of divisiveness and stress, we can all benefit from such small, positive actions.

My best wishes for a happy, healthy, and peaceful holiday season and New Year.