To Reward or Not to Reward?Robert Brooks, Ph.D. 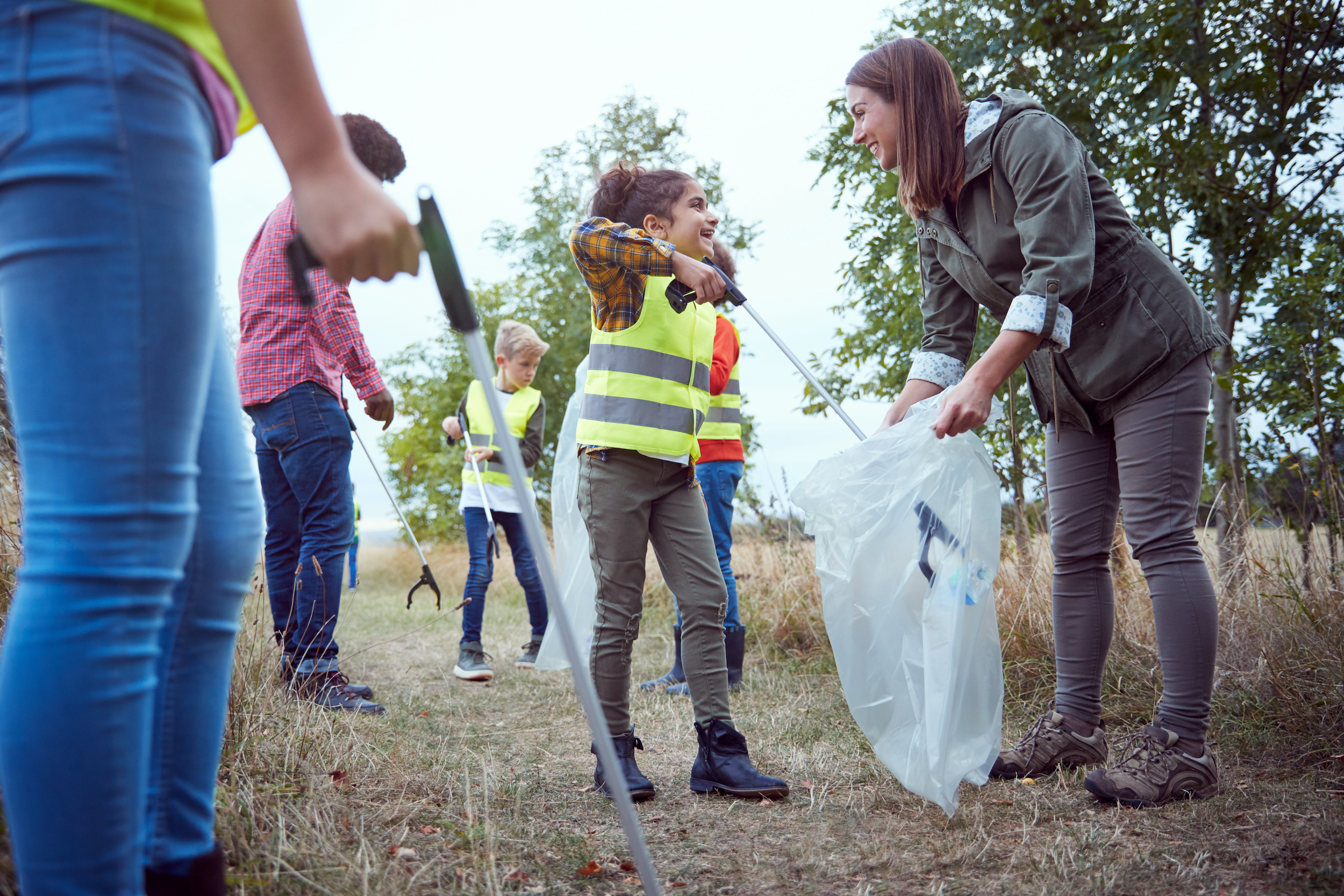 As many of my readers are aware, a strategy that I have long advocated for nurturing resilience in both children and adults involves being engaged in activities that enrich the lives of others—activities that I have labeled “contributory” or “charitable.” I first wrote about the impact of these activities 40 years ago after I reviewed answers to a questionnaire that I distributed to approximately 1,500 adults of different ages. One question requested respondents to describe a favorite memory of school that included something a teacher or other adult said or did—an experience that increased their confidence, self-worth, and intrinsic motivation. A second question asked them to recall an experience that lessened these positive attributes.

I was intrigued to find that for many people a very positive memory of school was when they were asked to help in some fashion. The following are a sample of responses that captured this theme:

“As a first-grade student, I had the responsibility of raising and lowering the coat closet doors because I was one of the taller boys in the class. This made me feel so good as I was so self-conscious about my height.”

“In a one-room school, the teacher had me sit and do spelling with the second-graders, once I had shown some ability in this subject.”

“In high school I was asked to tutor another student in math who was getting a D in that subject. I felt flattered to be asked to help and I felt even better when the student I was tutoring got a B in math.”

These and many similar responses, coupled with my experiences as principal of a school in an inpatient unit of a psychiatric hospital (the behavior of the students improved noticeably when they were involved in projects that enriched the lives of their peers and staff), reinforced my appreciation of the impact that contributory activities could have on improving student behavior and creating a positive school climate. This early appreciation was reinforced further when I read the work of the renowned psychologist Urie Bronfenbrenner. He expressed the belief that part of every child’s curriculum at school should include a “curriculum for caring” in which youngsters are taught to take care of and assist others.

Bronfenbrenner’s recommendations, proposed in the late 1970s, have found fertile ground in the field of social-emotional learning (SEL). While many schools have adopted a curriculum rooted in SEL principles, there remain other schools that view SEL as diverting time away from academic studies. I have frequently expressed the view that SEL does not represent an “extra” curriculum but rather serves to enhance motivation and academic achievement.

An Inborn Need or Instinct to Help

In several of the books I have co-authored with my colleague Sam Goldstein, we devote at least one chapter to the significant role of contributory activities in the development of resilience of children. In our first book collaboration, Raising Resilient Children, we suggested that there is an inborn need to help others. In our most recent book, Tenacity in Children: Nurturing the Seven Instincts for Lifetime Success, we elaborated on this view, providing research findings that support the position that nascent forms of such qualities as empathy, compassion, altruism, responsibility, optimism, and motivation—qualities that we call “instincts”—are present at birth. Given this view we emphasized that it is the responsibility of parents, teachers, and other caregivers to cultivate these instincts in children at a very early age.

In describing the significance of contributory or charitable activities, I have been greeted by several questions. For this article I have selected two of the ones I have heard most frequently. They are:

Question #1: “Many high schools require a specified number of community service hours to graduate. Does being required, or what some students might describe as ‘forced,’ to perform community service defeat its purpose of promoting meaning, caring, and resilience to a student’s life?”

Answer: I support requirements that community service be part of one’s experience in school with the following caveat: that students are taught that the true importance of this service does not reside in it being a graduation requirement. To ensure that this message is conveyed, I have suggested that prior to students being engaged in community service, teachers pose the following kinds of questions with the students (the questions may differ depending on the age of the students and the specific activities involved):

“What are the reasons for performing this service?”

“Who will benefit from your service?”

“What difference do you believe this service will it make in the lives of the recipients?”

“If the recipients were asked after your service to describe you and what you have done, what do you hope they say?”

“What impact do you think providing the service will have on you?”

Following the conclusion of the community service requirement I would suggest the following question be asked: “What has been the impact on you of providing this service?”

A goal of asking these and related questions is to shift the mindset of the students from perceiving the service primarily as a graduation requirement or an event that looks good on a college application. Instead, the spotlight should be placed on encouraging students to consider the ways in which their service is experienced by the beneficiaries as well as the difference it makes in their own lives.

Question #2: “Should children be paid/rewarded for providing contributory activities, whether through a weekly allowance or other material gifts?”

Answer: I have frequently been asked this question by parents. My position, based in great part on the many families I have seen in therapy, is that giving an allowance remain separate from responsibilities completed by a child.

This viewpoint should not be interpreted to suggest that I do not believe in children being held accountable for their behaviors. They certainly should be. However, I think it best that an allowance not become a form of discipline. In my clinical practice I have frequently witnessed the battleground that develops between parents and children when an allowance becomes a means of attempting to manage a child’s behavior. As Sam Goldstein and I observe in our book Raising a Self-Disciplined Child, there are more effective ways of teaching children to be responsible than the threat of withholding an allowance.

Going beyond the issue of an allowance, I do not believe children should be given money and/or a material gift for helping others. In most instances such a practice is likely to lessen the benefits of engaging in such behaviors. Materialistic rewards have the effect of turning intrinsic motivation into a less desirable extrinsic motivation. The refrain “What do I get if I do this?” becomes an all-too-familiar default position for many children.

The Consequences of Material Rewards for Being Kind

The question of paying children for being caring and compassionate was addressed by developmental psychologist Maryam Abdullah in her article “Should You Reward Teens for Being Kind?” that was posted by the Greater Good Science Center at the University of California at Berkeley on its website.

Abdullah cited the research conducted during a three-year period by Gustavo Carlo and his colleagues that involved 400 teens. During the first year the researchers examined the ways in which parents encouraged their kids to be kind, such as social (e.g., communicating affection in response to their children helping others) or material (e.g., using a point system or allowance to encourage such behaviors).

In the second year, the research focused on the empathy displayed by teens via stories about characters who are in situations in which they have an opportunity to assist others, even though it may keep them from pursuing their own needs. During the third year, Carlo and his colleagues surveyed the tendency of teens to be helpful in different situations.

The results of this three-year study parallel the position that Sam and I have advocated in our books about resilience and tenacity. Abdullah noted, “Teens whose parents used more social ways to encourage kindness early on tended to have more empathy. In turn, they were also more inclined to help in a variety of situations when the teen didn’t expect a reward in return.”

Abdullah continued, “But teens whose parents encouraged kindness in more material ways early on tended to use less moral reasoning based on caring for others—and, in turn, were less likely to help when they didn’t receive a reward.” Carlo cautioned that dispensing material rewards for being kind can backfire, observing, “Perhaps such practices encourage youth to consider selfish or external reasons when faced with opportunities to help others, which is characteristic of lower levels of prosocial moral reasoning.”

As noted earlier, Sam and I have posited, when describing the concepts of resilience and tenacity, that there is an inborn need or instinct for kindness, compassion, and altruism. If that is so, then one can question the wisdom of giving money/rewards to children to reinforce these positive attributes. In the place of materialistic rewards, it seems to make more sense to provide children with opportunities to engage in “contributory” activities that offer the most effective kinds of nourishment for these inborn qualities to bloom. These opportunities can be framed via such comments as: “I could really use your help” or “That was very helpful” or “What a difference you made!” These statements are more effective than saying, “I’ll give you a bigger allowance if you do this” or “If you don’t do it, you won’t get allowance this week.”

Let us remember one of the most powerful ways to teach children compassion and kindness is to model it. As I often remind parents (and other caregivers), our children are very observant not only of what we say but, more important, of what we do. It is for this reason I recommend that parents consider the following questions:

“If we asked your children what charitable activities and/or other acts of kindness they have observed you involved with in the past few months, what would they say?”

“If we asked your children what charitable activities and/or other acts of kindness they and you have been involved with together in the past few months, what would they say?”

I believe that reflecting upon these questions may assist us in our desire to raise caring, compassionate, and resilient children.