The Power of Awe: Some Updated ThoughtsRobert Brooks, Ph.D. 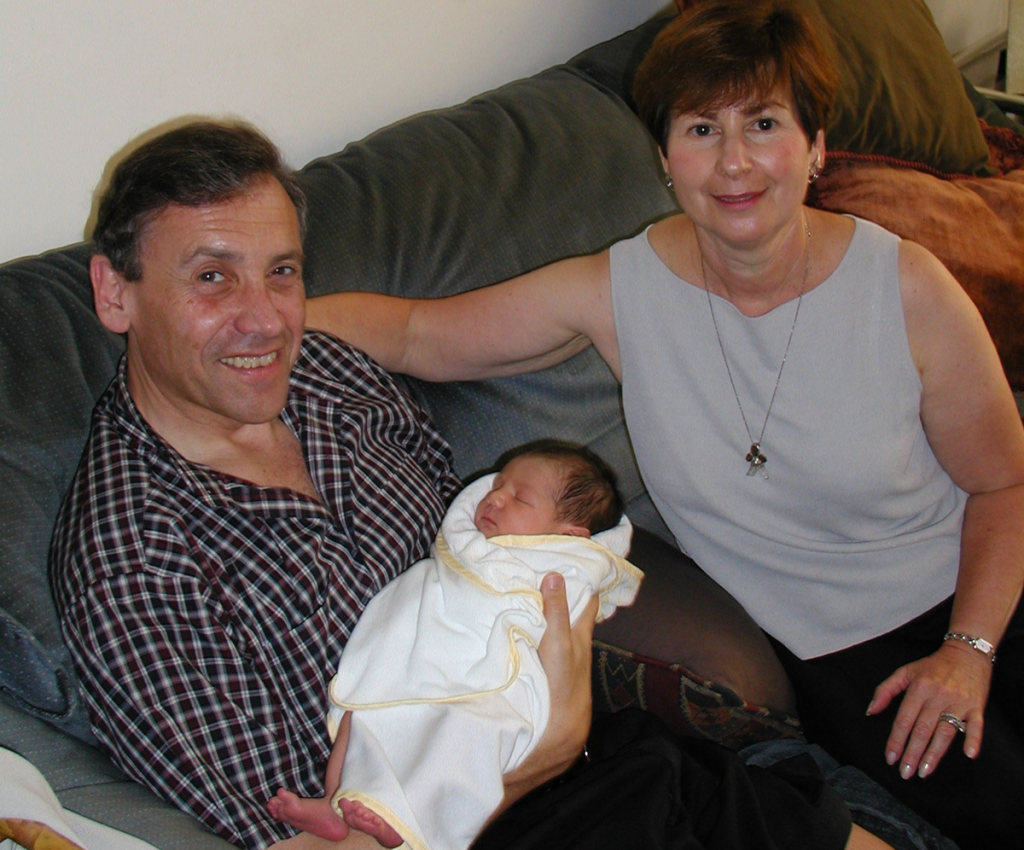 In 2017 I wrote about the power of awe. I cited an article authored by Dacher Keltner, a psychologist on the faculty of the University of California at Berkeley, in which he referred to his research that indicated our physical and emotional well-being can be enhanced if we “looked for more daily experiences of awe.”

Keltner defined awe as “the feeling of being in the presence of something vast that transcends our understanding of the world.” He added, “Early in human history, awe was reserved for feelings towards divine beings, like the spirits that Greek families believed were guarding over their fates.” Keltner added, “Most frequently, though, people report feeling awe in response to more mundane things: when seeing the leaves of a Gingko tree change from green to yellow, in beholding the night sky when camping near a river, in seeing a stranger give their food to a homeless person, in seeing their child laugh just like their brother.”

In the 2017 article, I described an expanding body of research that revealed the ways in which a sense of awe contributed to feelings of connectedness, altruism, and happiness while lessening anxiety and depression. Jennifer Stellar, a psychologist at the University of Toronto, asserted that awe represents the positive emotions that “most strongly predict reduced levels of cytokines, a marker of inflammation that’s linked to depression.” Stellar posited that such a finding may help to explain a number of studies that have “linked exposure to nature with lower blood pressure, stronger immune systems, and more.”

Based on the examples of awe described by Keltner, I shared in my earlier column several moments when I experienced awe in my life: the first time I held my newborn sons Rich and Doug, when I viewed the Grand Canyon in person rather than looking at a photo, and when in the Rocky Mountains at night shortly after moving to Denver and looking up at the sky—without the distracting lights of a city—and noticing the vast number and brilliance of the stars.

I believe as a result of writing about awe six years ago, I’ve become more aware of experiences that produce this feeling, attending events in the lives of my grandchildren that elicit memories of when I first held them (similar to what I felt when holding Rich and Doug), watching a house being built in my neighborhood on my walks this summer and marveling at the skills of those constructing the house, and speaking at one of my first in-person presentations since the start of the pandemic with more than 1,600 in attendance and taking in the energy housed in the large room.

Unfortunately, there are many distractions that serve as obstacles to feeling awe. One need only look at the political, social, economic, racial, and religious divisiveness that has sadly become commonplace in our world, diminishing the well-being of many. Anxiety triggered by financial worries and the ramifications of the pandemic make it more difficult to notice any of the goodness and beauty that surround us. Yet, it is precisely at these challenging times that such notice is most important.

My interest in the concept of awe has been heightened—perhaps rekindled is a more appropriate description—this past week after reading two articles. One appeared in The New York Times by Hope Reese titled “How a Bit of Awe Can Improve Your Health” It is based on Keltner’s newly released book Awe: The New Science of Everyday Wonder and How it Can Transform Your Life. In the article Reese cited Keltner’s studies as well as the work of other clinicians and researchers.

Reese stated, “In his book Dr. Keltner writes that awe is critical to our well-being—just like joy, contentment, and love. His research suggests it has tremendous health benefits that include calming down our nervous system and triggering the release of oxytocin, the ‘love’ hormone that promotes trust and bonding.” Further, “awe activates the vagal nerves, clusters of neurons in the spinal cord that regulate various bodily functions, and slows our heart rate, relieves digestion, and deepens breathing.” Keltner asserted that awe lessens negative self-talk by helping us “realize our place in the larger context, our communities.”

Sharon Salzberg, a well-known mindfulness teacher and author of a number of books including Real Happiness: The Power of Meditation, offered a view similar to Keltner’s when stating that awe reduces our inner critic and is “the absence of self-preoccupation.” Salzberg observed that “we cultivate awe through interest and curiosity. And if we’re distracted too much, we’re not really paying attention.” Salzberg noted that meditation can produce a sense of awe and Keltner reported, “Awe has a lot of the same neurophysiology of deep contemplation.”

Reese also referred to William B. Irvine, a professor of philosophy at Wright State University in Dayton, who regularly turns his attention to science to experience a sense of awe. Irvine expressed, “Science is everywhere, all of the time. An alluring object or part of nature is a piece of an incredibly beautiful puzzle.” Irvine believes when we can consider the context of this piece in regard to nature and its creation, awe will be elicited.

The second article about awe was posted on-line by physician Leif Hass, a family medicine doctor and hospitalist at Alta Bates Summit Center in Oakland, CA. The article was titled “Is Awe a Path to Resilience in Caring Professions?” Hass described a poignant interaction he had with a patient and the patient’s wife (Ms. W). “As a hospital-based doctor, I have a front row seat to dramas that reveal the beauty of the human condition: love, determination, meaning making, and the sort of grace I witnessed in Ms. W.” Hass added that if he had been measuring his heart rate and blood pressure during his meeting with the W family, they would have been lowered as a result of the activation of the vagus nerve.

Given the positive impact of awe on our physical and emotional well-being, both Keltner and Hass emphasized that experiences of awe can be nurtured. They provided strategies for doing so in our daily lives. Hass stated that those who express gratitude and/or engage in religious and mindfulness practices are more likely to experience awe than those who do not (I have discussed the impact of graitude in several of my recent articles). He also suggested, at least in the field of medicine, that those at staff meetings should share experiences they have had with “awesome” patients that enriched their lives.

Keltner proposed a very interesting recommendation to enrich a sense of awe: to notice acts of kindness displayed by others. “When we see others doing small gestures, like walking an older person across the street, we start feeling better and are also more likely to perform good deeds.” Salzberg expressed a similar view about paying attention to those who demonstrate goodness since observing this goodness can evoke awe.

In addition, Keltner suggested we learn about the lives of inspiring people, citing research that indicates that viewing videos of people like Mother Teresa or Mahatma Gandhi can elicit awe. Keltner also posits that awe can be prompted by engaging in novelty and “an openness to experience,” including seemingly mundane activities as going to a new restaurant or jogging on a new path.

Years ago, in both my clinical work and presentations, I began to ask patients/audience members to reflect upon certain questions. I now realize that these questions might touch upon a sense of awe: They may be summarized as:

I was impressed by the responses I received that would qualify under the category of “awe,” especially those of a more positive nature. And, as I discussed in last month’s article, many represented “micromoments.” As one example, a father reported going to pick up his seven-year-old son at a birthday party. The father was anxious since his son had struggles with social skills. “I thought when I came to pick him up he would be sitting all by himself and looking very sad as often happened at these kinds of situations. To my delight he was ‘gleefully’ playing with two other kids. I think that was one of the first times I began to feel more hopeful about his future.” This father became tearful as he recounted this vignette as did others at this presentation for parents.

Awe in the Context of Relationships

I believe that the actions proposed in this article to foster awe are realistic and achievable. They challenge us to become increasingly aware of our observations and actions. They suggest that awe is rooted in our relationships with others. As Hass so eloquently described:

As a human being, I believe you just need to feel what you feel and allow yourself to be moved. Awe, joy, love, wonder, compassion, and gratitude are concepts we should understand, but in the end, whatever words you want to use, they are all connected, as we as people should be. Our job is to face the world with open-hearted humility, taking in the wonders of our fellow human beings. Yes, I talk about awe, but in my view, that starts with asking folks to look for beauty in the people around us.

Hass’ words seem even more relevant and urgent during these very challenging times. As one example of the significance of relationships in eliciting awe I want to call your attention to the photo posted with this article. I mentioned earlier the experience of holding my sons and grandchildren for the first time. The photo I selected for this article captures a time of awe. It is of Marilyn and me when I first held my oldest grandchild, Maya. It was taken more than 20 years ago—Maya is currently in her junior year of college doing a semester abroad in France. What a powerful, awe-inspiring moment and one that I also experienced when holding my other three grandchildren, Teddy, Sophie, and Lyla, for the first time.

Let us strive to create such moments of awe in our daily lives as an important source of well-being.