Tenacity in Children: The Instinct of Compassionate EmpathyRobert Brooks, Ph.D. 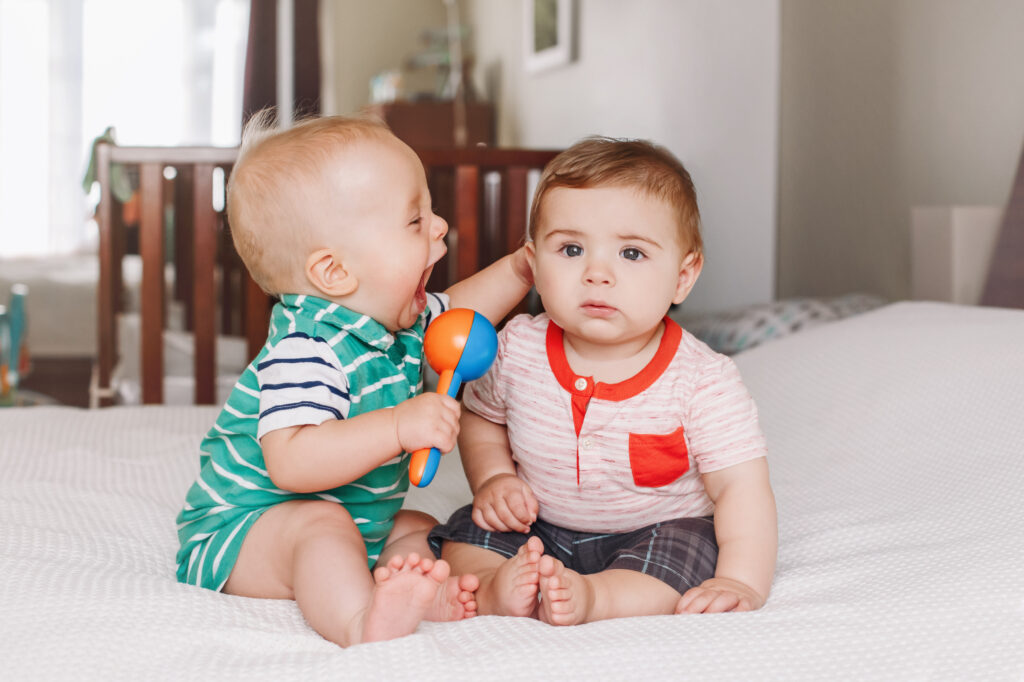 In last month’s article, my friend and colleague Dr. Sam Goldstein and I introduced the concept of tenacity as described in our most recent book Tenacity in Children: Nurturing the Seven Instincts for Lifetime Success. The book incorporated our earlier writings about resilience and self-discipline to include tenacity as the third component of what we have labeled the “essential triad of human development.”

We proposed that tenacity is composed of seven instincts which, as the word instinct implies, are present from birth. More than seven instincts exist, but we believe the seven we have identified, which have evolved over thousands and thousands of years, have been most influential in ensuring the success and survival of our species. Most professionals and the lay public have moved beyond the assumption that children come into this world as tabula rasa or a “blank slate” to be filled. A vast majority of us are aware that children differ from each other in significant ways from birth, including their inborn temperament.

While there has been a noticeable shift away from a belief in tabula rasa, what we still may not be aware of or appreciate is an understanding of the dynamic instincts that exist in each child at birth and the prominent role they play in the course of development. For example, as we previously noted when defining the concept of tenacity, rudimentary manifestations of such significant attributes as optimism, intrinsic motivation, empathy, and altruism are present in the newborn, waiting to be nurtured and brought to fruition by parents and other caregivers. In light of the role of these instincts throughout our lives, we believe it is imperative for parents, educators, and mental health and childcare professionals to strive to identify and reinforce them in children. 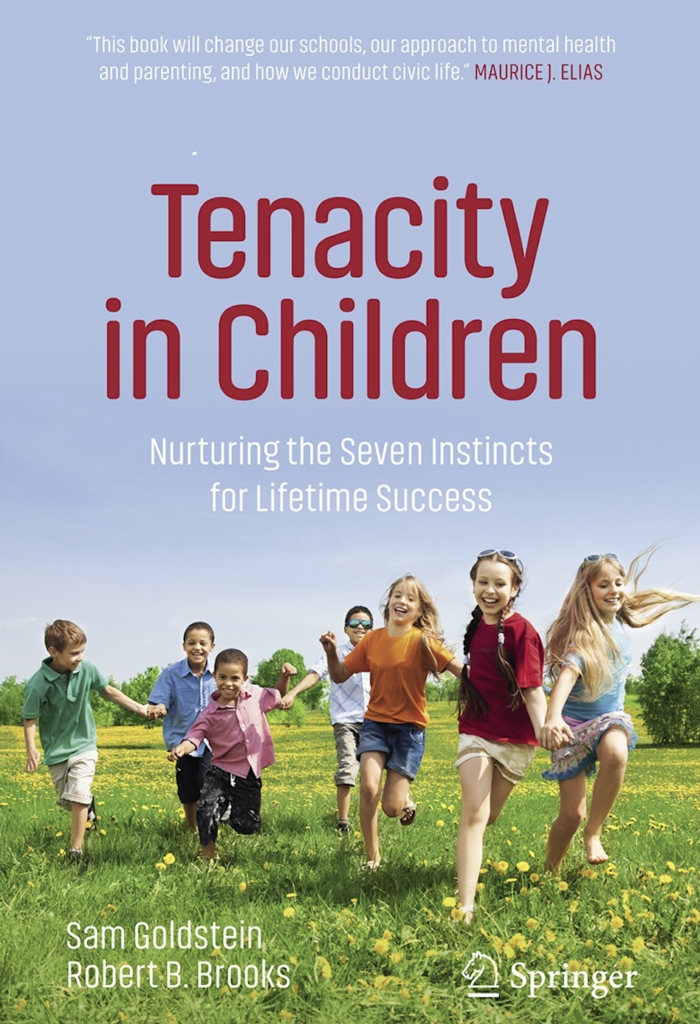 An Illustration of an Instinct

In this month’s article we decided to illustrate the inborn nature and ongoing impact of the seven instincts by selecting one to highlight, Compassionate Empathy. Research pertaining to the other six is equally revealing. As we emphasized last month, when we use the word “instinct” it’s important to distinguish the various expressions this concept assumes in different species. In animals, instincts are primarily manifested as fixed patterns of behavior that result in a very specific, prescribed outcome such as a bird building a nest for the first time or a salmon returning upriver to its birthplace. When applied to humans, instincts represent an intuitive, more flexible way of thinking and/or acting that increase the chances of survival and success.

We conceptualize Compassionate Empathy as composed of two main dimensions: empathy is the ability to understand the world of another person both on an affective and cognitive level, while compassion involves using that understanding to initiate actions that express caring towards others. This view parallels that advanced by
psychologist Dacher Keltner, founder of the Greater Good Science Center at the University of California, Berkeley. He reported that researchers of human emotions have defined compassion as “the feeling that arises when you are confronted with another’s suffering and feel motivated to relieve that suffering. Compassion is not the same as empathy or altruism, though the concepts are related. While empathy refers more generally to our ability to take the perspective of and feel the emotions of another person, compassion is when those feelings and thoughts include the desire to help.”

As we highlight in Tenacity in Children, early expressions of empathy and compassion exist at birth. Psychologist Paul Ekman has studied human emotions for decades and observed, “Empathy seems to have deep roots in our brains and bodies. Research has uncovered evidence of a genetic basis to empathy, though studies suggest that people can enhance (or restrict) their natural empathic abilities.” This view closely parallels our position that while the instincts have a genetic basis, the success in which they develop is contingent on many factors, including the input of caregivers.

Psychologists Erin and David Walsh noted, “Thanks to mirror neurons, infants as young as 18 hours old often show some responsiveness to other infants in distress. We don’t teach babies how to do this; they are born hardwired to map the experiences of others in their brains and bodies.”

These observations were supported by several researchers at a Roots of Empathy Research Symposium held in Toronto in 2018. Psychologist Andrew Meltzoff, Co-Director of the University of Washington’s Institute for Learning and Brain Sciences, stated, “The infant as young as 13-months-old begins to attribute emotional traits and personality to others based on emotional signals from an adult.” At the same conference, Brian Goldman, an emergency room physician, offered a similar view. “The human brain is hardwired to be empathetic,” describing empathy as a component of compassion, “the quality of being friendly, generous, and considerate.”

To bolster his position, Meltzoff cited brain research that demonstrated within the first few hours of birth newborns showed imitative learning, already responding to the actions of others. In one study using EEG measurements, a baby watched another baby’s foot being touched and remarkably the foot area in the observing baby’s “somatosensory cortex lit up.” Meltzoff concluded, “Nothing could be closer self-other connection than this and this is the beginning of the neurobiology of imitation. The baby sees another baby move and maps it on to their own so they can imitate it. We believe this is the foundational basis for the roots of empathy.”

There are many implications of these kinds of research findings for parents and other caregivers—one of which is the importance of understanding and reinforcing each instinct. For instance, parents should be aware that whenever they pick up and tenderly hold and soothe their babies, they are contributing to the nurturance of Compassionate Empathy. We have been asked if children can be “spoiled” during their first 12-18 months of life. A frequent example we hear is whether babies should be picked up and held when they continue to cry. As one father wondered after he had read an article about that subject in a magazine, “If a baby cries after being in the crib for a while and you pick him up, won’t that rob him of learning to deal with uncomfortable feelings?”

We certainly want children to learn to self-soothe and we feel comfortable asserting that cradling a distressed one-year-old is not likely to lead the child to become spoiled and incapable of learning coping skills. Erin and David Walsh voiced this same opinion when they wrote, “As caregivers nurture and care for infants, babies make crucial associations between positive human interactions, reward systems, and feelings of calm and safety. Children who feel safe, secure, and loved are eventually more sensitive to others’ emotional needs.”

Relatedly, psychiatrist David Sack expressed, “Babies learn empathy when their parents consistently meet their needs. When they are fussy, scared, hungry, or uncomfortable, the responsive parent works to understand their feelings and cues and makes them feel better.” And paralleling the two features of Compassionate Empathy that we propose, Saks stated, “Children who know they can count on a parent or caregiver for emotional support and physical affection are more likely to offer help to others.”

While the seven instincts are present from birth, they are easier to nurture in some children than in others. For example, children on the autism spectrum have a more difficult time developing empathy than those who are not on the spectrum or children with so-called “difficult” temperaments find it more challenging to maintain Intuitive Optimism than those deemed to have an “easy” temperament. While successfully nurturing the seven instincts poses greater challenges in some children, the fact that the instincts exist in nascent form should offer hope to parents and other caregivers—hope rooted in the knowledge that these instincts are available for growth in all children. And fortunately, as we emphasize in our new book, there are realistic strategies for parents to apply to reinforce this growth.

In order to strengthen the seven instincts of tenacity, we must strive to identify not only the components of each of these instincts, but also the negative forces that work against their blossoming. While there may be a number of these negative forces, we posit that there are three prominent ones that contribute to many of the adverse events in today’s world. We refer to these as the “unholy trinity” and they include: a rigid adherence to belief, a fear of difference, and defensive aggression. This trinity helped us to survive for thousands of years, but as our species evolved they were transformed into notable adversaries to the seven positive instincts. We will devote our next article to understanding the nature of this trinity to help us to become more effective in initiating actions that will lessen their influence.