Optimism and Our HealthRobert Brooks, Ph.D. 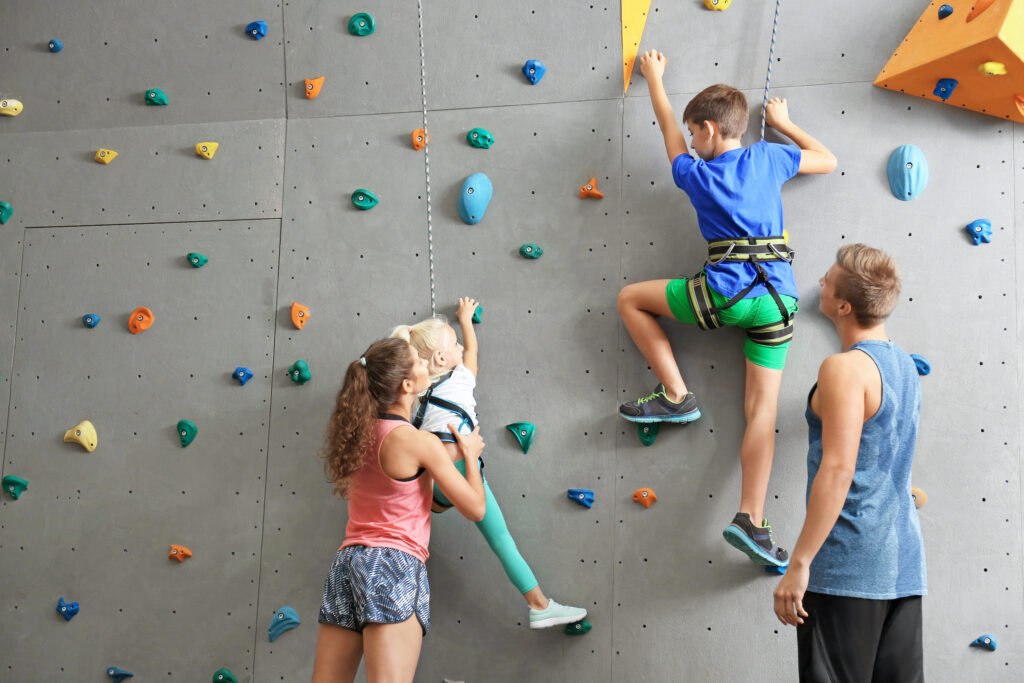 A few weeks ago I read an article in Harvard Health by David Topor that addressed a topic of great interest to me, namely, the impact of optimism on our physical and emotional well-being. I decided to write about that theme for this month’s column.

Little did I know that the most recent website article authored by my close friend and colleague Sam Goldstein would touch on a related topic—happiness. I have discussed happiness in a number of my previous articles, especially citing the work of psychologists Shawn Achor, Richard Davidson, and Barbara Fredrickson, and emphasizing the importance of creating positive emotions in our school, work, and home environments in a more deliberate and intentional way. Such emotions can serve as a strong foundation for the development of meaningful and productive lives.

I want to call attention to Sam’s article, given the unique evolutionary perspective in which he framed his remarks. Sam has the impressive ability to see a broader context without losing sight of its meaning for each individual and family. As others have done, Sam noted the benefits of happiness and, in addition, he suggested that “happiness is an affective state that motivates us to engage in actions that are likely to lead to outcomes that would, on average, lead to increases in the likelihood of survival and/or reproduction.” As examples, Sam listed “food, shelter, procreation, task completion, and social activities.”

Sam proposed that happiness is a crucial affective state that evolved to support our survival; given this position, he advocated that we find ways to bolster this emotion in all parts of our lives. I recommend that Sam’s article be read in its entirety for a more in-depth understanding of his position.

Optimism and Our Health

Back to optimism, which I should note is one of the topics Sam and I discuss in a new book that we are co-authoring. Topor referred to studies in which optimistic people were found to “have a reduced risk of heart disease, stroke, and declines in lung capacity and function. Optimism is also associated with a lower risk of early death from cancer and infection.”

Feeling optimistic appears to contribute to living longer. As examples, in two studies, one involving women (the Life Orientation Test was administered), the other men (the Optimism-Pessimism Scale was used), it was found that higher levels of optimism were associated with longevity. The studies controlled for factors such as chronic physical illness, including hypertension and high cholesterol, and health-related behaviors such as smoking and alcohol use.

A paper published in Harvard Health in 2008 (no author listed) reviewed the impact of optimism on the progress of cardiac patients. It involved 309 middle-aged patients who were scheduled to have coronary artery bypass surgery. They were given a complete pre-operative physical exam and, in addition, each patient was administered a psychological evaluation to assess such variables as optimism, depression, and self-esteem.

The patients were followed for six months and the findings of the study were noteworthy. “Optimists were only half as likely as pessimists to require re-hospitalization.” In a related study of 298 angioplasty patients, “optimism was also protective; over a six-month period, pessimists were three times more likely than optimists to have heart attacks or require repeat angioplasties or bypass operations.”

Many other studies support these findings. Not surprisingly, they conjure up images of the chicken and the egg dilemma as noted in the 2008 Harvard Health publication: “People who are healthy are likely to have a brighter outlook than people who are ill so perhaps optimism is actually the result of good health instead of the other way around.” This is certainly a reasonable question to pose. It was examined by researchers, including tracking people for 15, 30, and 40 years. They concluded that “medical conditions did not tarnish the benefits of a bright outlook on life.”

Another potential reason to explain these prevailing research results is that people who are optimistic are healthier and live longer than pessimists because they adhere to healthier lifestyles, nurture stronger relationships, and receive better medical care. As the 2008 article reported, “Indeed some studies report that optimists are more likely to exercise, less likely to smoke, more likely to live with a spouse, and more likely to follow medical advice than pessimists.” However, optimism was “not generally associated with a better diet or leaner physique, and even when results are adjusted for cardiovascular risk factors, a beneficial effect of optimism persists.”

The article also introduced the question of the role of heredity in the development of optimism. I believe that just in terms of the documented differences in our inborn temperament some people are more predisposed to being optimistic than are others. However, it is important to recognize that significant environmental forces interact with our inborn traits to determine the level of optimism or pessimism that we experience.

The article concluded, “It is possible that genes predispose some people to optimism, and that the same genes exert a direct effect on health and longevity. More study is needed to clarify the link between optimism and good health. It’s likely that multiple mechanisms are involved.”

While a more precise answer to the nature of the association between optimism and health—whether, for example, the association is causal or correlational—may not be known at this time, that should not deter us from taking even small steps that might reinforce optimism. In several of our books Sam and I have delineated specific strategies for nurturing resilience in our children and in ourselves, strategies that are also closely tied to optimism. Psychologist Martin Seligman, whom many consider to be the “father of positive psychology,” suggested such strategies as he shifted his studies from “learned helplessness” to “learned optimism.”

One cautionary observation. I am aware that some of the strategies we adopt may prove more successful than others. Some may not be successful at all. Given the focus of this column on optimism I hope this last statement isn’t interpreted as being overly pessimistic. It represents an attempt to be realistic and recognize that various obstacles exist to achieving an optimistic outlook even if we desire to do so. Some of these obstacles are within our control to change. Others may not be as easy to overcome.

I believe that rather than focusing on factors over which we have little, if any, influence, it is a more effective approach to expend our time and energy on designing and implementing strategies that are more likely to reinforce optimism. In his article, Topor identified several such strategies that parallel ones Sam and I have outlined in our writings. They include:

Reframe situations. When difficult situations emerge, many people become overwhelmed as they concentrate on the negative factors, even becoming susceptible to what psychologists label “catastrophic thinking”; that is, they only perceive the worst possible outcomes and begin to feel helpless and hopeless. While one should never minimize or deny the existence of negative events or emotions, we should also appreciate that such events open opportunities for learning and growth. To reflect upon what it is that we can learn from setbacks is an indication that we entertain hope for a better future.

Set goals. Topor asserted, “Research suggests that setting goals and having the confidence to achieve these goals is related to optimism.” He also recommended that the goals not be overly broad but rather specific and realistic.

I certainly agree with this recommendation. While conducting therapy I always encouraged my patients to articulate both short and long-term goals. This may seem an obvious request, but in my experience many people immediately experience defeat when they only place the spotlight on long-term goals (e.g., jog three miles a day; lose 30 pounds; meditate 30 minutes a day) without identifying intermediate steps.

An example involving jogging occurred with a man I saw in therapy; he set a goal at the beginning of an exercise program to jog three miles a day. Yet, he had never jogged before and didn’t realize how difficult it would be to go that distance without any practice. His stated objective was a prescription for disappointment and failure. In our work together, we set a goal of jogging (or even walking) a half-mile by the end of the first week. This more realistic short-term goal was achieved, promoting a sense of accomplishment that supplied the emotional and physical fuel necessary for him to eventually reach three miles. One small success created a platform for more substantial success in the future.

Practice gratitude meditations. Such meditations involve considering and giving thanks for positive aspects of our lives. I would add several related activities to this suggestion, including (a) listing things for which we are grateful, (b) writing notes of gratitude to those who have enhanced our lives, and/or (c) meditating even without a focus on gratitude.

Strengthen social relationships. Positive relationships are a basic foundation for our physical and emotional well-being, our resilience, and our perceiving the future in optimistic terms. In past columns I have referred to the devastating effects of loneliness and a dearth of caring relationships on our well-being.

Topor observed, “A strong social network can include spending time with close friends or participating in regularly scheduled group or community activities. Joining new groups or scheduling time to see friends and family and engage in activities strengthens these relationships. Focus on spending time with positive and supportive people.”

I would include the following item to Topor’s list of strategies, one that should not surprise anyone who has read my previous writings and/or attended one of my presentations, namely:

Engage in “contributory” or “charitable activities.” When I first began writing and lecturing about resilience more than 40 years ago, I called attention to the importance of providing opportunities for our children to enrich the lives of others. I emphasized that it would also be advantageous for adults to incorporate such activities in their daily lives.

Given the burgeoning body of research about this topic during the past few decades, I have become even more convinced of the power of contributory actions to promote our emotional and physical well-being and to reinforce a sense of purpose, meaning, and optimism in our lives.

I know that as simple as some of these strategies may appear, they are often difficult to initiate. Changing old habits can be very challenging. That is why as noted above, I advocate beginning with a few small steps as we assume the path towards a healthier, more optimistic future.