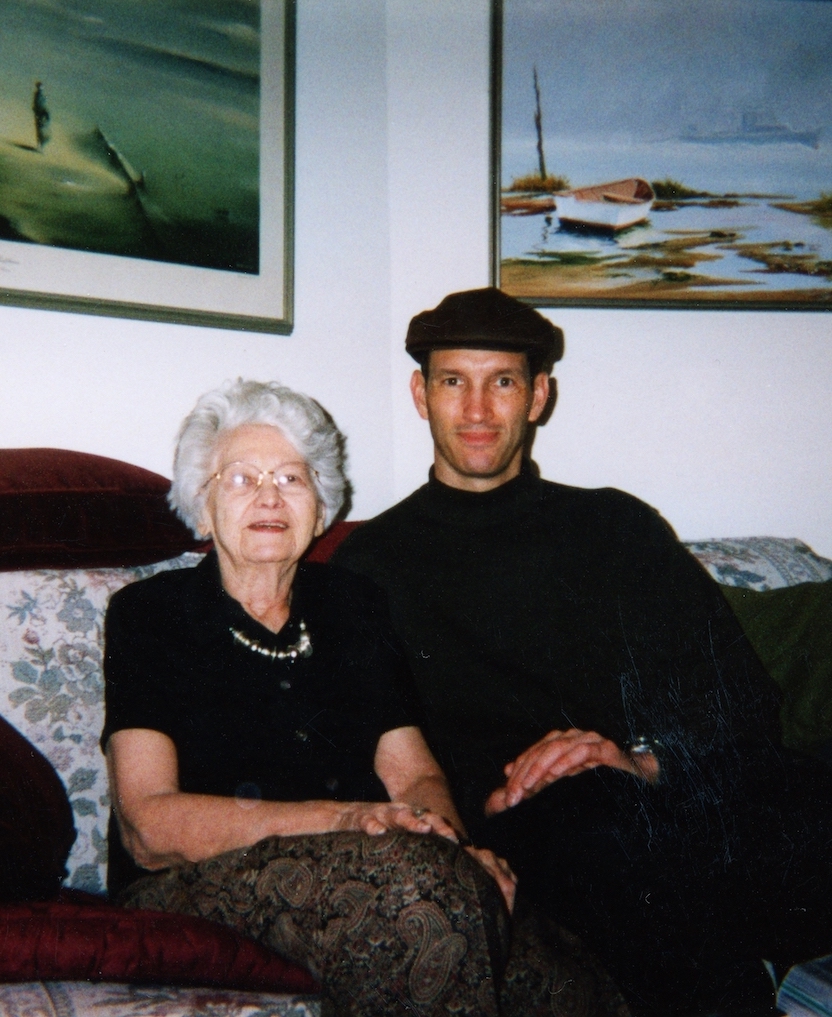 I have long emphasized the lifelong impact that one person can have on a child’s sense of hope and resilience.  The late Julius Segal, whom I frequently cite, called that person a “charismatic adult,” an “adult from whom a child gathers strength.”  Segal asserted that often that person turns out to be a teacher.  Hopefully, children will encounter many such adults in their childhood and adolescence, but certainly, teachers are in a prime position to serve as a source of strength in the lives of their students.

The power of one person to develop resilience was captured in the following statement in a report titled “Resilience” issued by the Center on the Developing Child at Harvard University:

The single most common factor for children who develop resilience is at least one stable and committed relationship with a supportive parent, caregiver, or other adult.  These relationships provide the personalized responsiveness, scaffolding, and protection that buffer children from developmental disruption.  They also build key capacities—such as the ability to plan, monitor, and regulate behavior—that enable children to respond adaptively to adversity and thrive.  This combination of supportive relationships, adaptive skill-building, and positive experiences is the foundation of resilience.

I have received many vignettes from people who have heard me speak and/or read my books or articles.  These vignettes detail accounts of charismatic adults who graced their lives as youngsters.  In addition, numerous people have sent me links to articles or media interviews that highlight the influence of one person on the trajectory of a child’s life.  As many of my readers are aware, information from these stories as well as from responses to questionnaires I administered confirm not only that there are countless teachers who are charismatic adults for their students, but in many instances the support is conveyed via just a few words or actions, what I have called “seemingly small gestures” or what others have labeled “micromoments” or “microaffirmations.”

I would like to share two stories that poignantly capture the impact of a teacher on a student.  I want to emphasize that while both examples concern teachers, the supportive, uplifting role they assumed is equally relevant for what parents, coaches, mentors, and other caregivers can do for children in their care.

A Non-reader and Mrs. Gott

Last year I reviewed and endorsed a wonderful book written by educator Daniel Franklin titled Helping Your Child with Language-Based Learning Disabilities.  As part of my review I wrote, “I was especially impressed with Franklin’s understanding of and empathy for children who struggle with learning as well as for their parents, teachers, and other professionals who work with them.”

The roots of Daniel’s understanding and empathy were to become even clearer to me several months later.  Daniel informed me that Anthony Sherin, a friend and film producer, had created a documentary about Daniel’s struggles with learning (he did not read his first two-syllable word until the fifth grade) and the profound impact that his fifth-grade teacher, Mrs. Shirley Gott, had on his life. It is a remarkable documentary; although only 11 minutes in length, it is filled with insights and words of appreciation that poignantly illustrate the power of a teacher on the life of a student.  The documentary is available to be viewed on Daniel’s website.

Daniel shared the panic and shame he experienced when he could not read and how he attempted to cope, first by acting out and “creating mayhem” in the earlier grades and becoming “invisible or disappearing” in the fourth grade.  He spoke about the moment his life changed forever in the fifth grade when he met Mrs. Gott.  “She never doubted my abilities and she said she could help me read. I trusted her and then began to trust myself and my shame and anxiety slowly diminished.”

As a teacher, educational therapist, administrator, and consultant for more than 30 years, Daniel expressed keen insights in the documentary.  “Current neuroscience research shows a trusting relationship between a teacher and a student, not a regimen of homework and testing, is key for learning and development.”  In describing Mrs. Gott he observed, “She didn’t punish or offer rewards.  She practiced patience and kindness.”

Daniel advised teachers to avoid telling a student to “buck up and show grit” since that is often experienced by students as a message that all that is lacking in being successful in school is their desire to do well.  He warned that if students hold such a mindset they are likely to internalize failure and believe that their struggles with learning are based on weaknesses within themselves.

The presence of Mrs. Gott served as a turning point in Daniel’s life.  Perhaps one should not be surprised to learn that Daniel called her every year on her birthday, including her last when she turned 98.  He also called to let her know about important events in his life, including when he obtained a Master’s degree from the Harvard Graduate School of Education and a Ph.D. from the University of California—Los Angeles.  One can only wonder what would have been Daniel’s journey in life if Mrs. Gott had not entered his world as his fifth-grade teacher.

It was wonderful that Daniel kept in touch with Mrs. Gott until she died and that he was able to communicate on a regular basis his appreciation for what an influence she had been on his life.  It was also wonderful that she could witness Daniel’s accomplishments as an educator, to experience first-hand an example of the legacy she bestowed on him and I am certain many other students.

A Traumatic Life and Mrs. Case

The second example was broadcast as part of a Kind World segment on WBUR, a PBS radio station in Boston.  A friend who heard the interview on the morning it was aired called to recommend I listen to it.  I went on-line and was very moved to hear Yasmin Amer’s interview with Jenn Carson, a woman whose family situation during her childhood was extremely traumatic.  I also read the transcript of the interview, which was titled “A Serial Killer’s Daughter Reunites with Woman Who Helped Save Her Life.”  Both the audio and written transcript may be found at: https://www.wbur.org/kindworld/2018/12/04/teachers-aid

Jenn, who is now 44 years old, lived in Phoenix, Arizona as a young child.  Her mother Lynne was a teacher and her father John was described as “a hippie, stay at home dad who occasionally dealt pot.”  Jenn noted that he was “incredibly attentive” to her.  Lynne began to realize there was something terribly wrong with her husband when he started to threaten anyone who annoyed him, including herself.  Even more frightening was that he had bought a gun.  When Jenn was five years old in 1979 her parents divorced and shortly thereafter her father remarried.  His behavior became even more violent and unpredictable.

Jenn described a particularly horrifying moment when she visited her father and stepmother Suzan and the latter began to rub and then scratch her back with such force that it left five open wounds.  As Suzan was doing this she said to Jenn, “I will scratch the demon out of you.”  Lynne, hearing what had occurred, quickly packed up and she and Jenn moved to California to escape.  Jenn took her anger out on her mother, yelling, “I hate you.  I want my daddy.”

Sadly, Lynne struggled with depression, and school proved not to be a safe haven for her.  As Jenn reported, she was behind academically and often got into trouble.  Exacerbating the situation was the attitude of her second-grade teacher who once told Jenn that she “was the worst student she’d had.”  Jenn’s response was to engage in even more problematic behavior.

The situation became increasingly bleak when in 1983 her father was arrested for killing at least three people; however, police suspected he and Jenn’s stepmother had murdered a dozen victims.  One of the victims was an aspiring actress in her early 20s with whom they shared an apartment.  They stabbed her 13 times, believing she was a witch.

Jenn reported, “When I found out that my father was a monster who killed a bunch of people, and my brain stared saying, ‘You’re worthless, you’re a bad girl,’ I kept going back to Mrs. Case.  She said I was a good girl, and she built resilience in me that I believe saved my life.”

Mrs. Sylvia Case was Jenn’s third-grade teacher.  Anticipating another difficult year and another demeaning teacher, Jenn said that she let her hair fall over her eyes to avoid interacting with Mrs. Case, but the latter did something Jenn did not expect.  “I just remember her saying ‘Jenny I heard you were such a great reader, why don’t you help me hold this book.’”  That comment was a micromoment, a catalyst not only for Jenn’s love of books but for herself as well.  Mrs. Case also assisted Jenn in joining the Girl Scouts applying for a reduced fee lunch program when she rightfully guessed that finances were an issue at home.

What Jenn especially recalled was the nature of Mrs. Case’s positive feedback.  “A lot of teachers would say good job.  She would say, ‘Your cursive M’s look like art.’  She would give sincere and specific compliments, and I think it’s one of the kindest things you can do because you’re saying to another human, ‘I see you.  And I see the goodness in you.’”

The success Jenn experienced in third grade continued through school and into her adult life, including finishing college, obtaining a master’s degree in counseling, and currently working in the area of suicide prevention.  Jenn attempted to locate Mrs. Case but wasn’t successful.  However, after hearing Jenn’s story, WBUR also wondered what happened with Mrs. Case.  “With some research and luck” they located her and discovered she lived only 50 miles from Jenn.  A meeting between the two was arranged.

Mrs. Case, who resides in a retirement community, is now Sylvia Peterson because she has been widowed twice.  Jenn and Sylvia greeted each other with a big hug and Jenn proceeded to take out several items from a bag she brought, including Girl Scout badges, pictures from the years she worked for Teach for America, and papers she saved from third grade, many of which included compliments from her teacher.

Jenn was finally able to thank the woman who had helped her get through what she experienced as the most terrible year of her life.  When they said good-bye after their reunion, Sylvia told her to come back and visit, noting that she would add Jenn’s name to the visitor list at the front gate because she’s family now.

We all need a Mrs. Gott or a Mrs. Case in our lives, not only as children but also as adults—people who are kind, who appreciate and reinforce our “islands of competence,” who are there for us, and who boost our hope and resilience, especially during our own moments of pessimism and doubts.

And very importantly, as I have often stressed, we must make an effort to assume the role of a charismatic adult for others.  We will all be beneficiaries of such compassion and kindness.

My best wishes to you and your families for a happy and peaceful 2019.