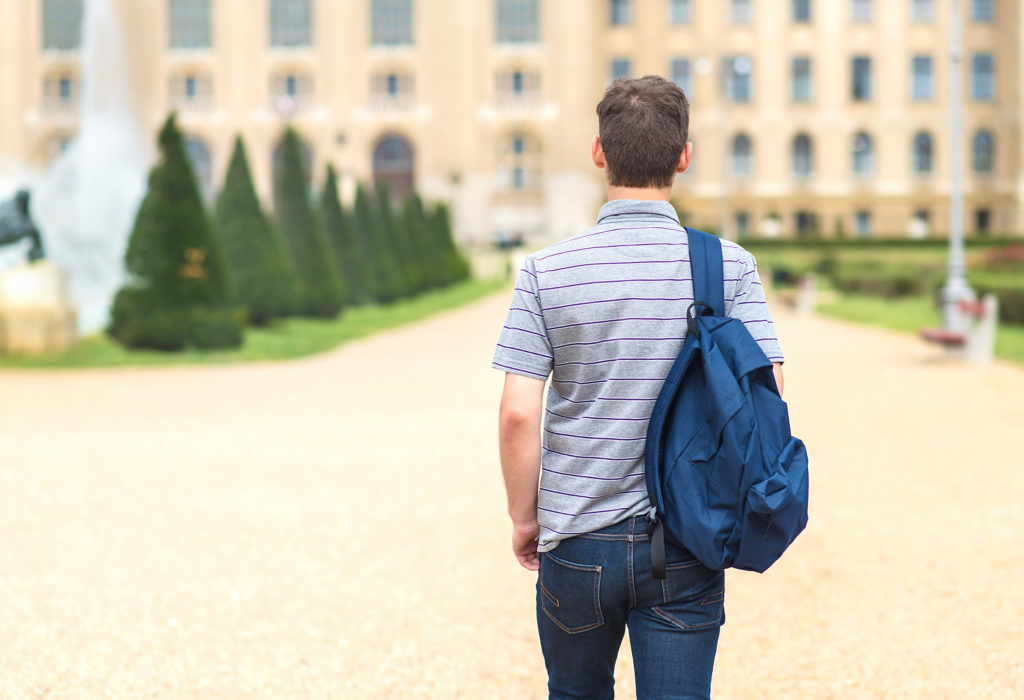 In my March article, I discussed the importance of identifying, prioritizing, and being true to our values to lead a more meaningful life. I ended the column by alluding to a story that had dominated the news during that past week (and continues to be a front-page story), namely, the college admissions scandal. It involves themes of dishonesty, elitism, misguided values, and robbing our children of being resilient. I noted that I planned to devote this month’s article to the ramifications of the scandal. I was also interviewed for stories about the scandal for MarketWatch.com and bostonglobe.com.

The scandal is well-known to most, if not all, of my readers. Federal prosecutors brought charges against dozens of parents and a college admissions consultant, William “Rick” Singer. Affluent parents, anxious to have their children admitted to what they considered elite schools, paid Singer thousands of dollars to accomplish the task through what he labeled his “side door.” Entrance through this door primarily involved: (a) individuals taking standardized entrance exams for the students or correcting their answers before they were submitted for scoring and (b) bribing athletic coaches to designate their children as star athletes even if they had never played that sport.

One strategy that facilitated cheating on standardized exams has angered and worried advocates for students with disabilities. Apparently, Singer arranged for some students to be designated as having a learning disability so that they could qualify for accommodations when taking the SAT or ACT. The accommodations involved extra time and/or a private setting, which allowed someone to take the test for the student or alter answers. The concern expressed was that in light of this practice it might become more difficult for students who deserved these accommodations to receive them.

The dominant reasons for what prompted parents to pay in some instances a reported $500,000 under the guise of “donations” to Singer’s foundation most likely varied from one set of parents to the next. Elizabeth Svoboda, in an article published by The Greater Good Science Center at the University of California-Berkeley, cited the work of philosopher Alain de Botton when describing the phenomenon of “status anxiety” to explain one central catalyst for the parents’ actions. Svoboda observed that such anxiety “is rooted in our tendency to value other people’s opinion of us more highly than our opinion of ourselves.”

Svoboda added, “A problem with status obsession, as the admissions fiasco proves, it can entice you to stray from your deepest values. When someone else’s assessment of you—or of your children, perhaps as an extension of you—matters more than your own assessment of yourself, you’ll be all too ready to sacrifice on the altar of the former.”

I believe that in addition to the factors involved in the presence of status anxiety, certain assumptions related to child-rearing practices and criteria for success triggered the willingness of parents to arrange for their children to enter through the side door to the college of their choice. My hope is that the more we can identify and challenge these assumptions, recognizing how counterproductive they are in raising honest, caring, and resilient children, the less likely parents will be to pay for a side door entrance to college and the less likely colleges will create such a door. Let’s examine some of these assumptions.

Mistakes and rejections are harmful and cannot be tolerated by children. In my workshops for parents I often express what may seem like an obvious view: we would not want to throw our children into 10 feet of water if they can’t swim, but we should provide experiences in which they learn to swim. The constant rescuing of children from dealing with challenges and setbacks is a prescription for raising children who will be ill-equipped to handle the many expected demands and mistakes that await them in the future.

Even if the college admissions scandal had not been exposed, the behaviors of the parents who “bought” admission for their kids to select colleges were very questionable and counterproductive on several levels. Think about what these parents’ actions subtly or not so subtly communicated to their children, including:

“You can’t succeed on your own so I have to intervene to rescue you.”

“You can’t deal with being rejected so I have to make certain you don’t experience negative events or stress in your life.”

“It’s okay to cheat to get something you want even if you truly didn’t work for or deserve what you got.”

“You come first. Don’t worry if other kids don’t get what they deserve because we cheated.”

Referring to Svoboda’s article and her focus on status, “I want others to perceive me as a very good parent and one concrete way of demonstrating my success is for you to attend a topnotch college.”

I have frequently addressed the importance of our children learning to manage disappointments and setbacks as an essential ingredient in life’s journey. For instance, in my October, 2016 column I discussed that being optimistic at the same time as recognizing the possibility of failure were not mutually exclusive beliefs; my March, 2018 article encouraged us to learn to accept and deal with rejections we encounter in life, including those by colleges.

As I expressed in the October, 2016 piece, parents can nurture a healthy attitude about mistakes and failure both in themselves and others. This belief has found support in a number of noteworthy books such as Jessica Lahey’s The Gift of Failure, Julie Lythcott-Haims’ How to Raise an Adult, Wendy Mogel’s The Blessing of a Skinned Knee, Paul Tough’s How Children Succeed, and I might add two books I co-authored with my colleague Sam Goldstein, Raising Resilient Children and The Power of Resilience: Achieving Balance, Confidence, and Personal Strength in Your Life.

A bottom line, which some may perceive as a cliché but that I see as a guiding principle for raising resilient children, is to allow our children to face setbacks and rejections. Such experiences can provide opportunities to teach children more effective problem-solving and coping strategies—skills that will serve them well throughout their lives.

Top-tier colleges or bust. Anxiety among our youth certainly appears to be on the rise. One illustration of high anxiety is displayed when students apply to college. Some students as well as their parents subscribe to the opinion that unless you are accepted at a so-called elite college, the die is cast and you will be forced to walk down a less desirable, less dignified path in life. Some take rejection from a college, even a college that accepts fewer than 5% of its applicants, as an indictment of who they are as a person. I might note that sadly the pressure to get into a so-called elite school in some instances begins at a much earlier age. Stories have been written of parents who believe that if their children are not admitted to the “right” preschool, their entire educational path will be adversely affected.

Shortly after the cheating scandal became known, the Boston Globe published an article by Beth Teitell titled “Can you ever hope to find success and happiness if you don’t go to an elite college?” While graduation from a particular school might initially open some doors that otherwise might have remained closed, the article pointed to successful people who did not go to an elite college or who began their post high-school education at a community college.

Teitell quoted Frank Bruni, author of Where You Go Is Not Who You’ll Be who wrote, “The degree of magic people attribute to these elite institutions is so out of whack.”

In an article posted on The Washington Post website, Doug Webber, similar to Bruni, concluded after a review of research findings, “The idea that a name-brand college offers a guarantee of an earnings boost remains remarkably stubborn, and drives parental hysteria over admissions. The data suggest that the belief is largely a myth.”

It’s okay to resort to bribery and cheating if it makes life smoother for your child. In last month’s column I discussed the importance of living life in concert with one’s values. It is my hope that these values are associated with empathy, kindness, compassion, gratitude, and self-discipline. While many variables, including one’s inborn temperament, determine the values that each child comes to embrace, we must never underestimate the significant impact that parents and other caregivers play in modeling values for their children.

Based on media reports, it seems that most of the children involved in the college scandal were unaware of the actions of their parents to gain admissions for them. However, whether they knew or not or whether they would have approved of what their parents were doing on their behalf if they had known, the reality is that their parents displayed highly questionable values and behaviors (and obviously, certain behaviors that law enforcement agents have judged to warrant legal action).

As I write this article, some parents have pleaded guilty and expressed remorse, while others have entered not guilty pleas. What is not known are the conversations that these parents and their children are having and what lessons are to be learned by both sides. This is an opportunity for all parents, children, and educators to examine the values that guide their lives and to question assumptions that have contributed to increased levels of anxiety in our youth.

In a blog posted on the Challenge Success website, Paul Franz, alluding to the physical and emotional stress of our youth and observing the narrow picture of success that many possess, advocated, “We can do better by our students, not just by changing college admissions to be more equitable, but by changing the narrative around success and scarcity in our culture.”

Franz continued, “There are many kinds of success, and many roads to get there. If our definition of success costs us the health, well-being, engagement, and emotional development of our children, or our own personal ethics, we should reconsider that definition.”

One final comment. In this article I made a choice to focus on the parents and children involved in the admissions scandal.This focus should not be taken as my exonerating or minimizing the behaviors of the other side engaged in the scandal, namely, the coaches and staff members of the colleges who helped to open the side door for their own personal gain. That topic deserves one or two articles of its own. However, I want to emphasize that it is my hope that all colleges will use the scandal as a catalyst to honestly examine their admission practices from a perspective that includes a thoughtful consideration of the values that guide their actions.