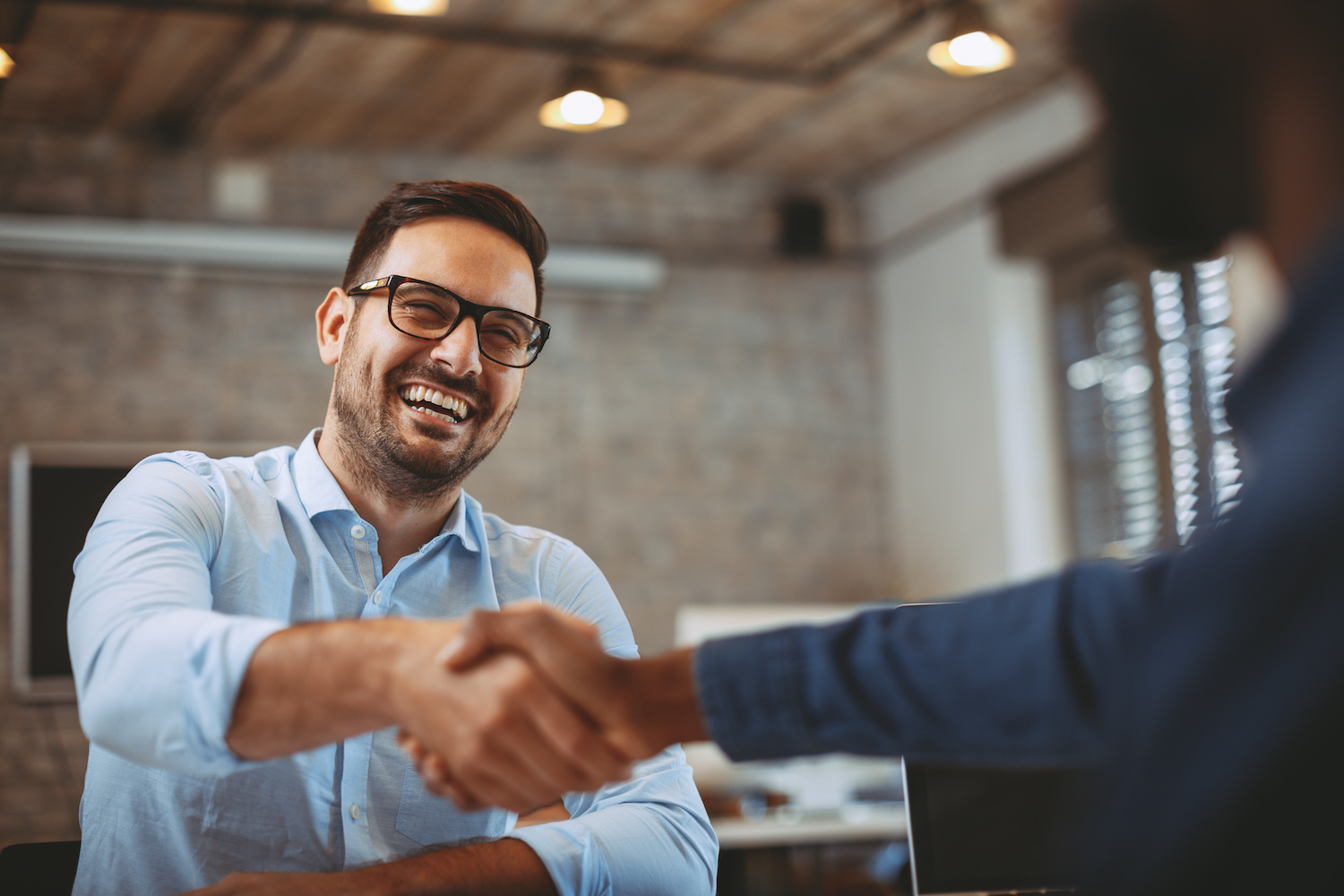 Early in my career I became interested in examining the importance of empathy as an essential foundation for positive interpersonal relationships. Empathy may be understood as the ability to understand the world through the eyes of another person and involves both cognitive and affective skills. It impacts on all relationships, including but not limited to parent-child, spouses, teacher-student, manager-employee, colleagues, mentor-mentee. Psychologist Daniel Goleman positioned empathy as a significant component of both emotional and social intelligence.

In all of my writings about resilience with my friend and colleague Dr. Sam Goldstein, we have included chapters about the importance of empathy and empathic communication. In our most recent book, Tenacity in Children: Nurturing the Seven Instincts for Lifetime Success, we identified “Compassionate Empathy” as one of the instincts of tenacity. I recently described this particular instinct in my June, 2021 article co-authored with Sam.

My longtime interest in empathy prompted me to develop a series of questions for people to consider as a way of strengthening this attribute in themselves, questions that have been elaborated upon in my collaboration with Sam. Many of my readers are familiar with some of these questions, such as:

“What words do I hope my children (students; employees; colleagues—you can fill in whatever relationships you would like) use to describe me?”

“What do I intentionally say or do on a regular basis so that they are likely to use the words I hope they would use to describe me?”

“What words do I think they would actually use?”

“If the words I think they would actually use differ significantly from the words that I hope they would use, what changes must I make to bring the two sets of words closer together?”

Micromoments: The Importance of the Seemingly Small Gestures

Another theme I have frequently addressed is the notable effect that “seemingly small gestures” can have on our lives. I have provided examples of these small gestures in different kinds of relationships, including interactions that teachers have with students (please see my September, 2018 article) or interactions that arise in the workplace that determine the emotional culture of an organization (please see my January, 2016 article). I and many others have referred to these brief exhanges or seemingly small gestures as “micromoments.” When they involve the expression of positive behaviors and emotions, they are perceived as “microaffirmations,” while when negativity dominates the behaviors, they are experienced as “microaggressions.”

My interest in micromoments has prompted me to ask the following questions in my clinical work, consultations, and workshops:

“What is a microaffirmation (or microaggression) you experienced from another person (e.g., in school as a student; in the workplace; or in one’s family)?”

“In what ways did the microaffirmation (or microaggression) influence your life?”

“What is a microaffirmation (or microaggression) you may have expressed towards others (a student or colleagues at school; an employee; a family member)?”

“What impact did the expression of your microaffirmation (or microaggression) have on you?”

“What impact do you think your microaffirmation (or microaggression) had on the recipient of your action?”

“What is an microaffirmation you plan to display in the near future? Towards whom? How do you think that person will react?”

I could write a book filled with answers I have received to these questions. The lifelong impact of micromoments is evident as people recall with palpable emotion particular brief moments in their lives, even if the actual event occurred many years ago.

Reflect upon how you would respond to the questions I listed above about empathy and mircromoments. Once you do, think about the ways in which your answers to these questions might influence your interpersonal interactions in the future.

I was reminded again of these questions while reading an article by Jill Suttie posted by the Greater Good Science Center at the University of California at Berkeley on their website. The article, which was titled “How Small Moments of Empathy Affect Your Life,” cited research conducted by social psychologist Dr. Greg Depow and his colleagues at the University of Toronto. Depow’s goal was to study the impact of empathy beyond conditions created in the “lab” and investigate people’s experience with empathy in their everyday lives and the ways in which these experiences impact on their sense of well-being.

Suttie reported that Depow’s research “shed some interesting light on how small moments of ordinary, everyday empathy work to benefit us all.” The study involved 246 adults in the United States who represented key demographics. These adults were contacted at semi-random moments seven times a day for a week to describe any experiences they may have had in the previous 15 minutes in which they either received or offered expressions of empathy (e.g., sharing emotions, perspective taking, feeling compassion).

It is beyond the scope of this column to describe in detail all of the variables and components of this thought-provoking study, but those who are interested may access the Psychological Science journal article in which it was published I wish to highlight a few of the main findings that have important implications for the ways in which we conduct our lives on a daily basis.

The study revealed that people frequently encountered opportunities for empathy, more so than they realized. Depow reported, “Although much of the literature focuses on the distress of strangers, in everyday life, people mostly empathize with very close others, and they empathize with positive emotions 3 times as frequently as with negative emotions.” In Suttie’s article, Depow asserted, “I was a little surprised that empathy was more common to positive emotions. But at the same time, there’s some work saying that people experience positive emotions about three times more often than negative emotions, so it makes some sense… Empathy is not always about engaging with the suffering of others. We also use it often to connect with other people’s happiness, and that can be a way of feeling connected to those around us, too.”

Depow noted that individuals who showed a greater capacity to recognize opportunities for empathy and in addition, expressed empathy more frequently, experienced increased instances of happiness and well-being. These findings were associated with empathizing more with the positive feelings rather than negative feelings displayed by others. Those who were less secure in their ability to empathize reported a lower sense of well-being than those who were more secure. Of significance, Depow also observed, “People readily empathize when they recognize the opportunity but often notice other people’s emotions without flagging them as empathy opportunities.”

In reflecting on this last comment, I thought of many examples from my clinical practice in which patients reported lost opportunities to empathize, not only as a result of not being aware of these opportunities but interestingly, perceiving empathic communication in a negative way. An example of the former was a fifth-grade girl who had missed almost two weeks of school because of an illness. She told me, “When I came back to school, my teacher never asked me how I was feeling, never said that she missed me being in class. I felt she didn’t even notice I was out for such a long time.”

An illustration of a negative interpretation of being empathic was offered by a 40-year-old man who was a manager of a company. He told me, “If any of the people who report to me are doing a good job, that’s expected, I don’t have to say anything. If they’re not doing a good job, I will let them know.” This perspective was rooted in great part in his experiences growing up in a family in which positive feedback was rarely communicated and even discouraged. His parents, especially his father, interpreted such feedback as possibly “spoiling” him and his siblings. Now as a manager, he brought this upbringing to his work, equating empathic comments such as, “I appreciate all of the time you devoted to completing this project successfully and on time” or “I know this was a challenging project, and I want to thank you for not letting setbacks interfere with finishing it” as somehow “spoiling” his team. Unfortunately, he subscribed to the mistaken belief, “If I compliment what they have done, they may only continue to do their jobs if I constantly praise them and they may be less motivated to work.”

Interestingly, when I asked this man if he had ever received an unexpected compliment from one of his supervisors, he replied yes, just a couple of weeks ago. Having established what I considered to be a positive relation with this man, I smiled and asked, “Did your motivation go down after you were complimented?” He smiled and said, “Your point is well-taken. I actually felt very good and more motivated after he complimented me and recognized the effort I had put in.” Someone reading my exchange with this man might wonder, “Wasn’t he aware of the disconnect between the pleasure he received from his supervisor’s empathic comment and his own difficulty in being empathic towards his team?” As a clinician for many years, I have witnessed this kind of disconnect on numerous occasions. I believe that one of my goals as a therapist is to help patients become more aware of these kinds of disconnects that exist in their lives, enabling them to initiate constructive actions to improve the challenges they face.

The Application of “Real-Life” Research

How might the “real-life” research of Depow and his colleagues be applied to our everyday experiences? Suttie addresses this question in her article, writing that while Depow believes more research is required to elaborate on the implications of his initial studies, “It might benefit people to learn to notice empathy opportunities more often, savor others’ help (rather than focusing on our own personal distress). If training like that were possible, empathy could become an even more potent happiness practice—and stave off loneliness, too.”

Depow concludes, “If people could open themselves up for more opportunities to empathize with others and resonate with their positive experiences, while feeling compassion for their negative experiences, that could really help us all.”

Let us remember that many of these expressions of empathy suggested by Depow need not consume an appreciably amount of time but rather can be conveyed via microaffirmations. With this focus on micromoments, let me pose a question I included earlier, one that I often ask myself. “What is one thing I might say or do today, however small, that communicates empathy and caring towards another person?”

As you consider your answer to this question, keep in mind that many opportunities exist for you to accomplish this task via brief moments, and although the moments may be brief, they can have a lifelong impact on you and others.