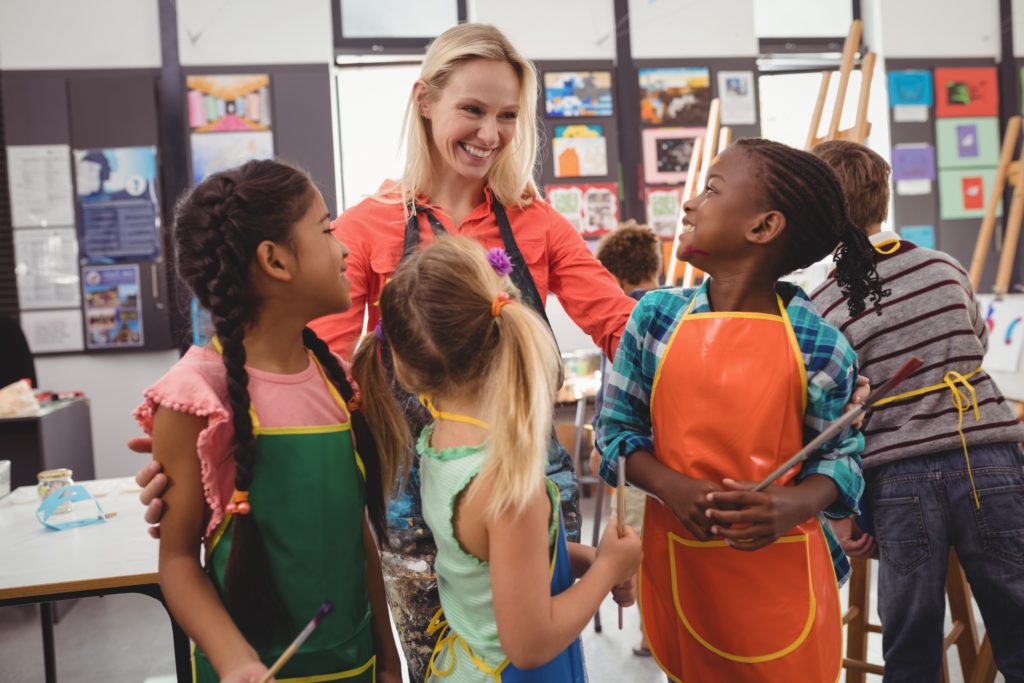 I have devoted many of my past September articles to themes related to education and school climate, especially since August and the beginning of September herald the start of a new school year.  It is also a period during which I have had the pleasure of being the opening day speaker in a number of school districts.  In my presentations I emphasize the importance of insuring from the beginning of the school year that all students and staff feel welcome and connected in the school setting.  The experience of alienation compromises how effectively teachers teach and students learn.

I share with audiences how seemingly small gestures on the part of a staff member can reinforce a belief in students that we truly care about them—an essential belief if learning is to take place.  I once heard a statement that has remained with me since: “Students don’t care what you know until they first know you care.”

In interviews I have conducted with students, examples of these small gestures include being greeted each morning by their name, a smile from a staff member, hearing “I hope you’re feeling better; we missed you” after being absent for several days because of illness.  One elementary school child related, “I got a new dog and showed a photo to my teacher.  She remembered his name and often asked how he was doing.”

Especially poignant examples include, “My teacher called me after my mother died to express her sympathy and say if she could be of help in any way to please let her know” and “I was hospitalized for a couple of weeks and my teacher and principal came to the hospital to visit me.”

I ask educators to reflect upon both positive and negative small gestures that they experienced as students.  The responses I have collected via a questionnaire or during my workshops could serve as guideposts for effective teaching.  A common negative one involves a teacher saying to a struggling student in front of classmates, “If only you paid closer attention or tried harder to do the work, you wouldn’t have the trouble you’re having.”

A Caucasian teacher, who appeared to be about 60 years old, offered the following memory:  “When I was in middle school we experienced forced busing and integration.  There were a few black kids in our class and I know they weren’t being treated well.  I regret to say that I didn’t help the situation.  I didn’t know what I could do.  I will never forget when a white teacher placed her hand on the shoulder of a black girl and simply said, ‘I’m glad you’re here.’  I think it was the first time I ever saw a white person touching a black person in a caring way.  I know it didn’t immediately solve the racial problems in the school, but the expression of relief and appreciation on the girl’s face have always stayed with me.  Looking back, it was one of the most profound moments I have ever experienced in school, and I think it played a role in my becoming a teacher and the way I try to treat my students.”

As this teacher shared this vignette, he was teary-eyed.  I was also, as were a number of members of the audience.

In my January and February, 2016 columns I wrote about an article that appeared in the Harvard Business Review titled “Manage Your Emotional Culture,” co-authored by Drs. Sigal Barsade at the Wharton School at the University of Pennsylvania and Olivia O’Neill at George Mason School of Business.  In examining the significance of the emotional culture of an organization, they highlighted the ways in which positive emotions “are consistently associated with better performance, quality, and customer service.”

Barsade and O’Neill captured the impact of small gestures by their use of the term “micromoments” that they defined as consisting of “small gestures rather than bold declarations of feeling.  For example, little acts of kindness and support can add up to an emotional culture characterized by caring and compassion.  Facial expressions and body language are equally powerful.”

I was reminded of “micromoments” when I recently read an article published on-line by the Harvard Graduate School of Education co-authored by Iman Rastegari and Leah Shafer.  It was titled “Accentuate the Positive” with the inviting subtitle “The Transformative Power of Small Encouragements and Welcoming Interactions.”  The article specifically addressed the issues of race in education, but its emphasis on “microaffimations” are relevant for the kinds of relationships we develop with any student.

These authors observed, “Many educators are increasingly aware of race: how it impacts student achievement and how it obstructs connections between people. . . .  Confronting racial tensions, biases, and microaggressions can have powerful effects.  But schools may also benefit from widening the lens.  Behavioral psychologist Todd Pittinsky (a member of the faculty at the State University of New York at Stony Brook) has found that when white teachers encourage and model overtly welcoming interactions between students of different races, ethnicities, genders, and abilities, student achievement increases.

“These ‘microaffirmations,’ as Pittinsky calls them, can be transformative—not only for academic work, but for broader school climate and even for life outcomes.”

Rastegari and Shafer report on research conducted by Pittinsky that found that positive attitudes displayed by predominantly white teachers increased the learning outcomes of mostly minority students.  “The results suggest that simply being welcoming and inclusive can help students not only feel comfortable in school, but also grow academically.”

These findings resonate with a position I advance in my presentations for educators, namely, that our first goal as educators is not to teach academic content but rather to create an environment imbued with positive emotions that helps students feel they are welcome and belong.  Once such an environment is in place, the process for which begins on day one, students will be more receptive and encouraged to learn from us.

Rastegari and Shafer indicate that while “many teachers already recognize and promote positive interactions—microaffirmations—in their classrooms,” they may do so without appreciating its significant impact.  They cite examples of microaffirmations provided by Pittinsky, including:

Nodding and making eye contact with students while they’re talking.

Making certain to call on students of different races and gender equally.

Referring to each student by his or her name. (I should note that this is one of the primary suggestions I have heard from students when I ask them what a teacher or school administrator can do every morning to help them feel welcome.)

Displaying enthusiasm when interacting when students.  (I always assert that students are very perceptive in knowing which teachers enjoy teaching and enjoy being with them.  Even as a 10-year-old, my classmates and I were well aware that our fifth- grade teacher, whose name I prefer not to use, seemed disinterested in being in the classroom and seemed to go out of her way to publicly humiliate students.  In sharp contrast, my sixth-grade teacher, Jerry Mannato, expressed genuine microaffirmations each and every day.  We loved this loving man who taught us lessons that went far beyond the classroom.  Evidence of the positive relationship he developed with us and among us was captured by our having sixth-grade class reunions into our high school years!

Pittinsky wrote, “Focusing on microaffirmations can create a virtuous cycle.  Over time, they can re-define the normative behavior in a classroom—or in a school—not only to avoid exclusion and insult, but also to embrace inclusion and affirmation.”

Rastegari and Shafer included a subheading in their article that read “Small Behaviors—Big Impact” under which they offer their view of the implications of Pittinsky’s studies.  “Education could benefit from a more comprehensive focus on how behaviors both big and small impact students and schools.  Teachers, school leaders, and researchers could look at how a wide-range of microbehaviors impact students, and the various forms these small actions can take.”

All of us can vividly recall micromoments we experienced even many years ago in school.  What microaggressions or microaffirmations immediately come to your mind?  For the educators reading this article, reflect on your own days as a student and consider the microaffirmations you communicate or hope to communicate on a regular basis with your students and, I might add, with your colleagues.  In speaking with many school administrators, faculty, and staff, I have been very impressed with their accounts of microaffirmations they received from colleagues and/or parents of their students that re-energized them and as one teacher said, “reminded me of why I do the work I do.”

“My Wife Wants to Thank You for Your Presentation”

While the focus of this article has been on behaviors that occur in schools, the concepts of microaffirmations and microaggressions are equally valid for other work environments and our homes as well.  For instance, when I review these concepts in presentations I give for business or financial groups, it is not unusual for one or two audience members to come up after my talk and tell me that they realize they can apply the practice of small gestures with their own family.

This last point was captured when a businessman approached me after I spoke at his corporation about the emotional culture of an organization.  He said, “My wife wants to thank you for your presentation.”  I assumed she worked for the same corporation as her husband and asked, “Is she here?” He replied, “Oh, she doesn’t work here.”

Recognizing that I was obviously confused, he smiled and explained, “What I learned here today about small gestures, empathy, and positive interactions with colleagues, I painfully realized was lacking in my actions with my wife.  So I plan to make a concerted effort to correct that situation and I know my wife would want to thank you as I am also doing.”

This man may not have realized that his taking a brief moment to thank me on behalf of himself and his wife was a microaffirmation for me, adding meaning and purpose to my work.

In ending, I again want to recommend we think about the microaffirmations for which we been recipients and then consider people in our work and/or home environments who would benefit from microaffirmations we convey to them.  Small gestures, lifelong impact!