Kindness in the Face of DevastationRobert Brooks, Ph.D. 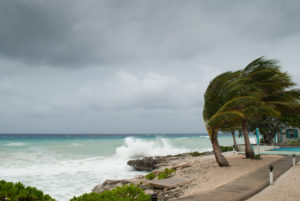 My September article has typically been devoted to educational issues to coincide with the commencement of the new school year. My intention was to follow that tradition again this year.  However, the recent devastation caused by Hurricanes Harvey and Irma has prompted me to bring a different focus to this September’s article, namely, what I believe to be the inherent kindness of people and the importance of cultivating this attribute in our lives and the lives of our children.

As I write this column the extensive damage and loss produced by Harvey and Irma and the amount of time that will be required for recovery and repair are becoming increasingly apparent.  One cannot help but be saddened by scenes from the past couple of weeks of people, many with young children, waiting desperately in line for hours to enter an evacuation center, of flooding even in those areas that have not witnessed such flooding in the past, of a woman relating how she had saved for years to purchase her first home and now it was gone and she did not have flood insurance, of a mounting injury and death toll, and of the destruction of hundreds of homes, schools, and businesses.  The uncertainty of what lies ahead in terms of rebuilding structures and restoring basic services magnifies an ominous feeling of dread captured by one woman in Florida who simply and plaintively said, “I have nowhere to go.”In the

In the past I have written about ways for coping with natural disasters such as hurricane Katrina (please see my October, 2005 article) and man-made disasters such as the terrorist attacks on 9/11 (please see my September, October, and November, 2001 articles).  In my writings and presentations I have suggested specific strategies we might adopt to help ourselves and our children confront such terrifying events and become increasingly resilient.  I would like to share a few additional thoughts in this column.

The Kindness and Courage of Strangers

One phenomenon that was emphasized in the media both during and after the wrath of Harvey and Irma was the incredible kindness of strangers, including those who rescued people who were trapped in their homes or sitting on roofs as the floodwaters rose dangerously high.  Individuals who owned boats voluntarily traveled throughout neighborhoods to provide assistance to anyone in need.  They did so hour after hour.  In one interview a man said he could not remember when he last slept, but he knew that there were people in distress that he could save.

I marveled at the heroism of first responders, including those in helicopters who were literally plucking people from the rooftops of homes and from cars in dangerous weather, often placing their own lives at risk.  I was equally impressed as I watched  volunteers going door to door to do whatever they could to ensure the safety of others.

A number of stories of generosity and caring were reported.  One that especially stood out was that of Gallery Furniture owner Jim “Mattress Mack” McIngvale in Houston.  He enlisted volunteers and also used his large delivery trucks to rescue people from the flooding.   An article that appeared in USA Today noted that at one point 400 people were staying at his two stores.  In 2009 someone set a fire in his warehouse causing millions of dollars of damage.  Houston customers kept him in business so McIngvale wanted to support the community during the impact of Harvey.  Many volunteered to help him so that he was able to provide free breakfast, lunch, and dinner to those who sought shelter at his furniture store.

McIngvale said, “Sitting in a perfectly normal house one day and then, 10 minutes later, you’ve got three feet of water in it is very stressful.  We’re trying to help them out because they’ve done so much for us over the years.”  This is certainly a vivid example of “paying it forward.”

In an interview broadcast on NPR’s “All Things Considered” hosted by Ari Shapiro and Kelly McEvers, McIngvale offered the following perspective:  “The people of Texas are resilient, so are the people of this country.  And, you know, my daughter’s favorite saying is if not for my struggle, I would not have known my strength.  All of us in Texas are struggling right now.  But it will help us to be more resilient, strong human beings who can help out the community.”

McIngvale continued, “We believe it takes an entire village to raise a child, and that’s why we’re letting these people in here.  And it’s a win-win for everybody.”

As I reflected upon McIngvale’s words and the many examples of kindness and courage displayed in the aftermath of Harvey and Irma, I was absorbed by several thoughts.  During the past year I have discussed the divisiveness, mistrust, and hostility that exist among residents of the United States. We witnessed with pain and anxiety the strong wedge that divided people of different political views during the last presidential election, a wedge forged in anger in which civility and trust became lost commodities.  As we know, these kinds of negative thoughts, emotions, and behaviors are not unique to the United States.

In contrast to this increased divisiveness is my experience and research as well as that of others that indicate enriching the lives of others is a key ingredient in nurturing meaning and purpose in our lives and strengthening our own resilience.  In several books I co-authored with my colleague Dr. Sam Goldstein, including Raising Resilient Children and The Power of Resilience: Achieving Balance, Confidence, and Personal Strength in Your Life, we proposed that there is an inborn need or desire in children to help others.  If you observe young children you will see many examples of this desire to engage in what I have labeled “contributory activities.”  The enthusiasm and joy children display, for instance, when helping parents rake leaves, bringing holiday meals to people who are unable to leave their homes or apartments, and donating toys or clothes to those who have suffered losses or are less fortunate, are very apparent.

Yet, at times, divisiveness has appeared to be a more powerful force than those actions that bring us together as a caring community.  Thus, it was encouraging to witness the empathy and compassion demonstrated by so many during the latest natural disasters.  And, very importantly, one could not help but notice that those who provided rescue and comfort comprised people of different races and most likely, different religions and backgrounds; the same was true of the beneficiaries of these acts of generosity and courage.

I am certain that none of the rescuers considered a person’s race, religion, or political beliefs as they pulled that individual into a boat or onto a helicopter.  I am also certain that those being rescued had the same attitude about those to whom they owed their lives.  This kind of “blindness” was apparent in charitable events held throughout the United States to raise money and essential products for hurricane survivors.  It was uplifting to hear a child in Massachusetts who was involved in one such event assert it was important to help others, while an adult reported that more trucks than anticipated would be needed to transport all of the goods that had been collected to Houston.

Caring in the Absence of Disasters

Without wishing to minimize in any manner the acts of bravery and charity we have seen in the past few weeks, I would be remiss if I did not mention an observation expressed by others, whether after 9/11 or Katrina or a similar event—namely, that it is unfortunate that it often takes the impact of a catastrophe to break down the everyday barriers that divide us and encourage us to connect with each other.  It is not unusual to find that emotions and actions associated with kindness elicited during times of crisis often wane as things return to what might be considered “normal.”  I have often wondered, “How can we stop this from happening?”

In considering a response to this last question, I have emphasized the significance of “personal control.”  This concept involves the belief that while we have little, if any, control over certain events that occur in our lives (hurricanes are but one illustration), what we do have control over are our attitude and response to these events.  Guided by a belief in personal control, I think it is incumbent upon all of us to consider what we can do to sustain the coming together of people even in the absence of devastating events.

I typically suggest that we begin slowly and engage in what I have referred to as “seemingly small gestures.”  I first used this term years ago when I conducted research to discover what people considered to be their best and worst moments in school that involved a teacher or administrator.  I was impressed with how many people who completed my questionnaire vividly recalled a single comment or gesture on the part of an educator—both positive or negative—that continued to have an impact on them decades later.

I advocate that we consider what small gestures we can initiate that will serve to fortify bonds of caring and trust.  One simple but powerful gesture is to create opportunities for both our children and ourselves to enrich the lives and well-being of others.

Such a gesture should not be considered a one-time occurrence but rather become a regular practice in families, a practice that will reinforce empathy and caring.   Acts of kindness can be accomplished through our places of worship or our involvement in our favorite charities.   In nurturing caring we must also be vigilant about the words we use and actions we take so that we avoid establishing a “we” or “they” mentality.  Instead, we must learn to honor our differences while at the same time appreciating the many commonalities that bind us.

Dr. Emma Seppala, science director of the Center for Compassion and Altruism Research and Education at Stanford University, in an article published in Scientific American and titled “How the Stress of Disaster Brings People Together,” offered the following research-based observation:

Acute stress may help remind us of a fundamental truth: our common humanity. Understanding our shared vulnerability—life makes no promises—may be frightening, but it can inspire kindness, connection, and desire to stand together and support each other. Acute stress, as unpleasant as it may be, may also be an opportunity to experience the most beautiful aspects of life: social connection and love.

As I read Seppala’s thoughtful words, I thought again about the question I raised earlier in this article, namely, how to maintain and strengthen connections and love even in the absence of disasters.  If we subscribe to a belief in the inherent goodness of people and also accept personal responsibility for demonstrating kindness and compassion, we will be in a better position to create strong, positive connections rooted in empathy and compassion.  Such a creation will serve not only as a gift for ourselves but, as importantly, for our children.