Hudner and Brown: “Together in Heaven”Robert Brooks, Ph.D. 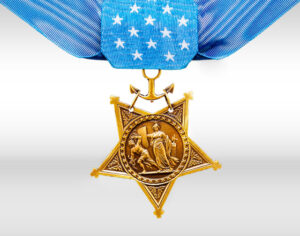 Thomas Hudner, a resident of Concord, Massachusetts, died at the age of 93 on November 13, 2017.  The man with whom he had been linked for 67 years, Jesse Brown, died in North Korea on December 4, 1950.  They conducted their lives with dignity, courage, tolerance, perseverance, and purpose.  In a world filled with stress and anxiety, with far too much divisiveness and too little empathy and respect for people from different backgrounds, races, religions, sexual orientations, or political viewpoints, we can all learn important lessons from these two men.  Their legacy is profound.

I had heard of their story on a few occasions during the past few years.  Kevin Cullen, one of my favorite Boston Globe columnists, wrote an article about them in May, 2016.  Both Hudner and Brown were US Navy pilots in the Korean War.  They became friends who shared the skies together, but their backgrounds were strikingly different, which makes their story even more remarkable.

Brown was the son of Mississippi sharecroppers and the first African-American to serve as a naval aviator.   Hudner was white, the son of a wealthy New England family, and a graduate of the United States Naval Academy.  In 1950, Brown was 24 years old and Hudner was 26.   Just two years earlier President Harry S. Truman had signed an order to integrate the United States military forces, an action that set the stage for what was to transpire in December, 1950.

John Blake, in an article posted on CNN.com, described the many obstacles faced by Brown.  Although a “child prodigy who spoke fluent French by the time he was in high school and was such a brilliant student that he discovered a mistake in a math textbook, and had such a gifted mind that he designed an irrigation pump for an engineering company,” he was demeaned and insulted by most whites, assaulted verbally and even physically.

To Become a Pilot

Brown’s interest in flying planes began at an early age.  A school counselor recommended that Brown attend an all-black college, but he informed the counselor that a white college would offer more challenges and he specifically was focused on Ohio State University, the college attended by his childhood idol, Olympic champion Jesse Owens.  While, as Blake noted, Ohio State had very few black students, “they did have a U.S. Navy program that was designed to recruit college students to become pilots.”

Instructors cautioned Brown that the Navy would never accept a black pilot.  Undeterred, he passed the entrance exam and began naval flight officer training in Glenview, Illinois.  There he met Roland Christensen, a flight instructor of Danish descent, who was to assume a major role in ensuring that Brown achieve his goal of becoming a pilot.

The military was still segregated when Christensen approached Brown, shook his hand, and said, “You’ll be flying with me today.”  He did not hesitate to befriend Brown while other instructors ostracized him.  Brown persevered, becoming the first African-American to receive the golden wings of a Naval Aviator Badge.  In his role as a Navy pilot, he was to meet and serve in the same squadron as Hudner.

Blake’s description of the relationship between the two pilots is noteworthy.  “Hudner was more than Brown’s comrade, he was his friend. . . .  He had admired Brown’s professionalism, his sense of humor and the way he’d stood up to racial abuse at Glenview.  To Hudner, Brown was like family.”

Hudner explained, “I had no qualms about becoming friends with a man of a different color.  From an early age, my father had taught me: ‘A man will reveal his character through his actions, not his skin color.’”

Shot Down Over North Korea

On December 4, 1950, Hudner and Brown were flying a reconnaissance mission in support of American forces in North Korea.  Brown’s plane crashed after being hit by enemy fire.  In an obituary about Hudner published in The Washington Post, Ellen Langer wrote that when Hudner viewed the burning plane, he was certain that his friend had died.  However, as he looked down, he saw Brown waving from the wreckage.  He guessed that a rescue helicopter would not be there for at least 30 minutes and made the decision to crash land his own plane near Brown’s, noting, “I couldn’t conceive of leaving a friend alive like that, under those circumstances.”

Hudner threw snow into the burning fuselage to stop the fire, but he was unable to extricate Brown.  In his 2016 article, Cullen explained that Charlie Ward, a Marine helicopter pilot, landed nearby, but even with the ax he brought, they were still not able to free Brown from the wreckage.  Langer reported that in an interview Hudner lamented, “It was obvious Jesse was dying.  He was beyond help at that point.  We had to leave.  We had no choice.  I was devastated emotionally.”

Langer wrote, “The father of a young daughter, Brown asked Captain Hudner to tell his wife, Daisy, that he loved her.  Captain Hudner assured Brown that they would come back with better tools, although he believed the promise to be, as he later described it, a ‘baldfaced lie.’  Brown stopped responding before Captain Hudner and the helicopter pilot decided to leave.  Later napalm was dropped on the crash site so that his body could not be dishonored by the enemy.”

In April, 1951 Hudner was awarded the Medal of Honor by President Harry S. Truman.  Daisy Brown attended the ceremony.  Her husband posthumously received the Distinguished Flying Cross.  Hudner went on to serve as executive officer of the USS Kitty Hawk before retiring from the military in 1973.  He became a management consultant before assuming the post of commissioner of the Massachusetts Department of Veterans’ Services.

The Generosity of a Friend

It was what Hudner did after Brown’s death that is as noteworthy as his incredible bravery in North Korea.  Cullen wrote, “For more than a half-century, Tom Hudner did everything he could to honor the memory of his friend who died on a godforsaken frozen patch of Korea.  He put Brown’s widow through college.  He went back to North Korea to search for Brown’s remains.  And he smiled broadly when the Navy named a frigate the USS Jesse L. Brown in 1973.”  He also kept in close contact with Brown’s extended family.

Sadly, the frigate was decommissioned by the Navy in 1994 and sold to the Egyptians who renamed it the Damiyat.  In April, 2017 the Navy built a destroyer and in a ceremony in Bath, Maine it was commissioned the USS Thomas J. Hudner.

In describing the dedication in Bath in a piece for The Boston Globe, Brian MacQuarrie observed that Brown’s family “flocked to Maine from points south and west—from Hattiesburg, Mississippi, Richmond, Texas, and Los Angeles—to pay respect to Hudner’s selflessness and friendship.  They also sat in the bitter weather to honor the sacrifice of a man—a brother, father, and grandfather—who had beaten daunting odds simply to fly.”

Brown’s brother, Fletcher, who served as a paratrooper in the Air Force said, “I think of Jesse all the time—the memories we had, and what his life would have been had he lived.”

Hudner never stopped campaigning for recognition of the achievements of Brown.  Cullen, in a column written a few days after Hudner’s death, noted that during the last few years of his life he continued to request that the Navy name a destroyer after Brown.  In one of his last letters to the Navy secretary, Hudner expressed a view that is worthy for all of us to embrace.  He wrote:

As our nation once again struggles with racial division, we could send a strong message by remembering Jesse in this manner.  It would show that in our Navy, men,and women of all colors are accepted as equals.  It would show that Jesse’s legacy lives on, long after we, his friends, have left this earth.

Reflections at a Funeral

Brown’s granddaughter, Jessica Knight Henry, attended Hudner’s funeral.  She spoke of Hudner and her grandfather being together in heaven. “I think it’s an amazing thought that they’re finally reunited after Tom risked his own life.  We’re eternally grateful for the sacrifice that he made to save him.”

Cullen echoed similar sentiments to Henry’s in his recent column, also citing the words of Father Austin Fleming who officiated at the funeral.  Noting that Father Fleming was accustomed to using parables to teach important lessons, “as he stood there, looking down at Tom Hudner’s casket, the parable was self-evident: the friendship, the virtual brotherhood, of a black man and a white man in time of war, defending a country which at the time didn’t even agree that the races should mix, much less that they were equal.”

Father Fleming concluded, “What joy there will be in Heaven when Tom Hudner is reunited with Jesse Brown.”

In a world where daily headlines scream out stories of divisiveness, mistrust, anger, sexual harassment, mass murders, and genocide it is important to reflect upon the lives led by Hudner and Brown and to strive to apply their expressions of dignity, decency, courage, empathy, and resilience to our own lives.

I have been blessed during my career to meet people from throughout the United States and other countries.  Based on these interactions I hope I do not sound as if I am denying reality or resorting to a Pollyannaish position when I voice the belief that most people possess and express qualities of decency, respect, and kindness.

Perhaps a teenage girl captured this viewpoint best.  Even while in hiding from the Nazis and the horrors of the Holocaust that eventually led to her death, Anne Frank wrote these memorable words in her diary, “Despite everything, I believe that people are really good at heart.”

In ending, I want to wish all of my American readers a very happy and peaceful Thanksgiving holiday.  And I want to convey the same wishes for happiness and peace to those readers from outside the U.S.