What Is the #1 Habit of Self-Made Millionaires?Robert Brooks, Ph.D. 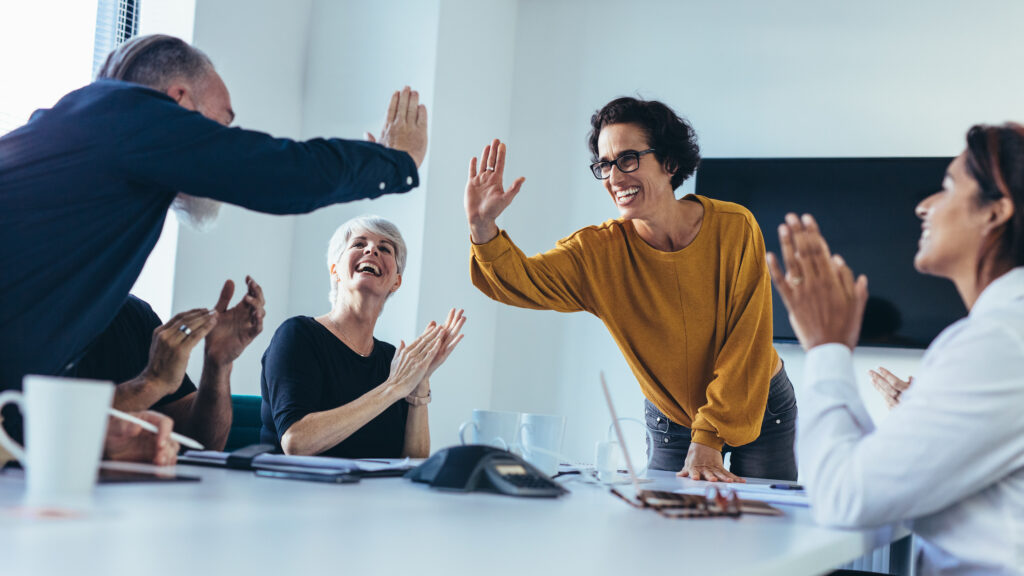 A friend who works in the financial world sent me a link to an article posted on cnbc.com with the intriguing title “This is the No. 1 habit self-made millionaires share—and it’s also the most overlooked.” It was written by Tom Corley, an accountant, financial planner, and author of Rich Habits: The Daily Success Habits of Wealthy Individuals.

In reading the article I knew that the main intent of this friend in sending me the article was not to provide me with guidelines for improving my financial portfolio. Rather, he knew that the No. 1 habit identified by Corley tied directly to the ideas I’ve advanced for leading a more meaningful, resilient lifestyle, especially in terms of the relationships we develop—whether one is a millionaire or not. From my perspective, the article could just as easily been titled “This is the No. 1 habit shared by people who subscribe to a purposeful, resilient life.”

At the beginning of the piece, Corley described research that indicated those who became very wealthy were more likely to exercise regularly, have a healthy diet, read books, and manage their time more wisely. He added, “But the most important—and most overlooked—habit they share that helped them to grow their wealth, in large part, is their commitment to forge valuable relationships with individuals they aspire to be: positive, success-minded folks.”

Corley continued that based on his five years of interviewing individuals at different income levels, the very wealthy and successful noted that one of their “top priorities was cultivating ‘rich relationships’ and avoiding the ‘toxic’ ones.”

“Rich Relationships” Are a Mindset

Given my focus on the concept of “mindset,” I was pleased by Corley’s assertion, “It’s important to note that a ‘rich relationship’ is defined by mindset, rather than wealth. In other words, individuals who contribute to rich relationships don’t necessarily have big bank accounts (though they do know how to save money and don’t spend recklessly), but they all have lofty goals and aspirations—and they spend much of their time trying to achieve them.”

The importance of a “rich relationship” paralleled my emphasis on the impact that positive relationships have in nurturing our emotional and physical well-being. It corresponded with the late psychologist Julius Segal’s notion of the significance of having the presence in our lives of a “charismatic adult,” described as an adult from whom “one gathers strength.” As I have often observed, we need “charismatic adults” throughout our lifespan. They truly provide “rich relationships.”

What about the notion of “toxic relationships”? In reading “toxic” I thought about a woman who asked during one of my workshops, “If there are such people as ‘charismatic adults,’ are there others who are ‘anti-charismatic adults’?” I asked her to define the latter, and with obvious emotion she replied, “They suck the energy out of you, and they often put you down!” Her words certainly captured toxicity.

One of the individuals interviewed by Corley remarked, “I limit my exposure to toxic, negative people. Some of them may bring you down and infect you with their negativity, which can undermine your ability to creatively find solutions to problems and overcome obstacles.”

Most likely, we can all think of such negative people in our lives. I recognize that as much as we would like to limit our interactions with them, some are more difficult to avoid than others. As a therapist, I have witnessed patients who became more successful in distancing themselves from toxic people than they initially thought was possible. In addition, subscribing to Corley’s view that our experience of relationships is in great part a mindset, these patients learned not to fall prey to or be adversely influenced by the beliefs and actions of these toxic people.

Unfortunately, there are others who feel as if they are trapped in a spider’s web spun by toxic individuals and are unable to free themselves. While the task of breaking free from this web may seem impossible, many have done so, especially with the encouragement and assistance of charismatic adults in their lives.

Attributes of People Who Contribute to “Rich Relationships”

Predicated on his research, Corley noted that individuals who contributed to the establishment of rich relationships possessed certain attributes regardless of their wealth. The attributes he identified overlap with the components of a “resilient mindset” that my colleague Sam Goldstein and I have proposed in several of our books, including The Power of Resilience: Achieving Balance, Confidence, and Personal Strength in Your Life.

Corley identified qualities inherent in rich relationships. The following include many of these qualities, and I have taken the liberty to add observations of my own. As you review the list, I recommend that you select two or three items to begin to immediately address in your life. As you do, I suggest pushing aside the word “millionaire” that appears in the title of Corley’s article and instead be guided by his assertion that a “rich relationship is defined by mindset, rather than wealth.”

Positive mental outlook. As we have often heard, optimists perceive the glass as half-full rather than half-empty. Research indicates that even one individual’s optimism can infuse a room with hope and joy. I believe that optimism is rooted, in part, in our inborn temperament. However, I also subscribe to the view that even those individuals who are born with a propensity to adopt a more negative outlook can initiate steps to lessen their pessimism and increase their optimism.

Gratitude. In my work I have devoted an increasing amount of time to the importance of (a) reflecting upon things for which we are grateful and (b) expressing gratefulness towards people who have enriched our lives. These actions are integral components of leading a more satisfying, resilient life.

Encouraging attitude. All of us have many opportunities to bolster the dreams, motivation, and accomplishments of others. We should be consistently aware when these opportunities arise and communicate our encouragement and support. In my experience, when we inspire the lives of others, we uplift our own lives as well. It may seem evident, but the seeds of rich relationships will not reach fruition in the absence of encouraging, positive people.

Hard work ethics. Resilient individuals are able to identify both short-term and long-term goals and work towards achieving these goals. I would add that given recent research findings, such as those of psychologist Gabriele Oettingen, author of Rethinking Positive Thinking, as we initiate strategies to reach our goals we should also consider (a) obstacles we may encounter as we pursue these goals and (b) ways of coping with these obstacles should they arise. Considering possible obstacles and setbacks will not generate a self-fulfilling prophecy for failure as long as we also feel equipped with effective ways of overcoming these barriers on our journey.

Health-oriented. As these words imply, positive people identify ways in which to attend to both their physical and emotional well-being. Such activities include regular exercise, eating a healthy diet, carving out time for friends, family, favorite activities, and engaging in meditation.

Humility. This is an interesting quality. Dictionary definitions range from “freedom from pride or arrogance; the quality or state of being humble, modest opinion or estimate of one’s importance” to “lowliness and meekness, low self-regard, and a sense of unworthiness.” I have always subscribed to the more positive meanings of humility and not interpreted humility or being humble as putting oneself down. By coincidence my January and February, 2019 articles “Why Do You Put Yourself Down” embraced a more positive view of humility.

Future-oriented. Corley perceived this attribute as the ability to consider long-term goals and actions, rather than being short-sighted and impulsive and acting before thinking. It is difficult to be associated with people who fail to consider different options for solving challenges; they tend to be reactive and exacerbate rather than resolve problems.

Open to feedback. A quality of more secure individuals is a refreshing openness to feedback, especially from those who are trusted. In being open and non-defensive, one is more willing to make necessary changes in attitude and behavior. We all know people who view any kind of feedback, even when well-intended, as an attack and will respond with disbelief and anger. They close off avenues of improvement and by doing so they block off the development of rich relationships.

Loyalty. Although the concept of loyalty may be perceived in different ways, Corley offered a succinct description by noting that loyalty is captured by the following qualities: “trustworthy, responsible, and reliable.”

Authenticity. We frequently hear about the importance of being authentic, but it is another word that may invite various meanings. Corley wrote, “They don’t pretend to be someone they aren’t. This is because they like who they are.” I see authentic people as possessing an important component of emotional intelligence (EQ) posited by psychologist Daniel Goleman, namely, self-awareness of their feelings and behaviors, of their vulnerabilities, interests, and strengths. They can identify what I call their “islands of competence” and involve themselves in activities that not only reinforce these islands but also address areas in their lives that require strengthening.

After listing the traits of individuals who encourage rich relationships, Corley offered a description of people who create toxic relationships. What he wrote reminded me of the woman who defined an anti-charismatic adult as “someone who sucks the energy out of you and often puts you down.”

Corley stated, “As for the people who often contribute to ‘toxic relationships,’ they usually have a very pessimistic view on everything and a ‘poor, poor me’ attitude. They rarely take any sort of responsibility for the circumstances in life.”

Sadly, many of these toxic individuals lack the EQ quality of self-awareness, rendering it difficult for them to appreciate that what they perceive to be the “reality” of their circumstances is in great part a “mindset” they have adopted. As I have often asserted, if we can identify the assumptions and beliefs that dominate our mindsets, then such beliefs will become increasingly accessible to change and growth.

We may have little, if any, control over a number of circumstances that emerge in our lives, but we must never lose sight of the fact that what we have more control over than we may appreciate is our attitude and response towards these circumstances—including the people with whom we interact.