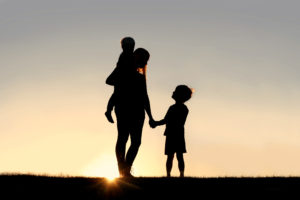 In last month’s column I discussed the need to face and accept our own mortality in order to lead a more meaningful life.  I expressed some thoughts from Perspectives on Mortality: Insights into Meaningful Living, the book I recently co-edited with Dr. Glenn Wilkerson, an ordained minister in Houston.  I noted that how comfortably parents and other caregivers managed their emotions and thoughts pertaining to mortality impacted on how comfortably their children learned to deal with issues of death and dying.  I quoted psychoanalyst Erik Erikson from his classic book Childhood and Society in which he observed, “Healthy children will not fear life if their parents have integrity enough not to fear death.”

I realize that the topic of mortality carries with it many emotions; thus, I was not surprised by the poignant, very personal emails I received in response to the article.  Readers shared accounts about losses they had experienced in their lives, about their own mortality, and about speaking with their children about death and dying.

At the conclusion of one of my recent presentations, a woman came up and talked with me briefly about my March article and also about the column I had written last May detailing the commencement speech that Sheryl Sandberg, the COO of Facebook and author of Lean In, had just given at the University of California at Berkeley.  Sandberg spoke with the graduates about the sudden death of her husband Dave Goldberg from a cardiac arrhythmia a year earlier, detailing the intense grief she experienced and the importance of nurturing resilience in herself and in her son and daughter.

Finding Meaning from a Loss

Sandberg offered a view that I have often advocated in my writings and lectures under the label of “personal control.”  She observed, “I think when tragedy occurs, it presents a choice.  You can give in to the void, the emptiness that fills your heart, your lungs, constricts your ability to think or breathe.  Or you can try and find meaning. . . .”  Acknowledging her despair and all of the “moments lost in the void,” she asserted, “But when I can, I want to choose life and meaning.”

Given the interest shown by my readers in the themes I addressed in the articles I wrote last month and last May, I considered sharing additional thoughts about these themes in this month’s column.  I decided to do so when Sandberg’s new book, co-authored with psychologist Dr. Adam Grant, was featured as the cover story in last week’s issue of Time magazine and when I read her Op-Ed piece “How to Build Resilient Kids, Even After a Loss” that appeared this week in The New York Times.

Having commented last May about Sandberg’s journey to move beyond grief and “find meaning” in her life, I want to focus in this article on helping children to become increasingly resilient when confronted with loss in their lives.  As I do so, I recognize, having seen many children and teenagers in therapy who have lost a close family member such as a parent or sibling, that each situation is different.  The age and innate temperament of the child, the relation of the deceased to the child, the circumstances of the death, including whether it was sudden or not, the possible change in the youngster’s living situation (e.g., did the loss of a parent impact significantly on a family’s financial situation, requiring a move to a new home?), and the response and emotional availability of other family members are all important factors that play a role in how effectively children deal with their grief.

Reinforcing a Feeling of “Mattering”

Although many variables are involved in determining the impact of loss on a child, Sandberg identifies specific concepts and practices that are likely to nurture hope and resilience in most, if not all, situations involving loss.  Following her assertion that “as a society, we owe all our children safety, support, opportunity, and help finding a way forward,” she introduces the notion of “mattering”:

We can start by showing children that they matter.  Sociologists define “mattering” as the belief that other people notice you, care about you and rely on you.  It’s the answer to a vital question that all children ask about their place in the world starting as toddlers, and continuing into and beyond adolescence: Do I make a difference to others?  When the answer is no, kids feel rejected and alone.

These words triggered many associations to my work.  I thought of heartbreaking stories I had collected from angry and depressed kids about how they perceived their place in the minds and hearts of others.  One young teenage girl wrote, “I think if I died tomorrow, no one would miss me.”  A boy wrote, “The only difference I’ve made is that I think everyone in my family is more unhappy since I was born.”

I thought of a basic finding from research that a core foundation for resilience in children is the presence in their lives of what the late psychologist Julius Segal called a “charismatic adult,” defined as an “adult from whom children gather strength.”  When a parent is lost, often the remaining parent may not be as emotionally available at all times to assume the role of a charismatic adult.  That is why it is essential that there be other caregivers who can step in to this role, even on a temporary basis.

I also interpreted the question “do I make a difference to others?” not only in terms of children wondering if they are accepted and loved, but also whether they believe they enrich the lives of others.  I have frequently written that a key component of resilience, one that provides purpose to one’s life at any age, is to engage in “contributory activities.”  These are activities that in even small ways improve the lives of others.

In advocating for the introduction of “contributory activities,” I want to make certain that no one assumes that I am suggesting we ask children to take on roles in their family that they are not able to fulfill.  I have experienced firsthand in my clinical work how devastating it is for a child who has lost a parent to be asked to be a “big boy” or “big girl” and to take on the responsibilities of “the man or woman of the house.”   However, I have witnessed children in distress moving from a position of helplessness to one of resilience when they are involved in contributory activities that are in keeping with their emotional and cognitive level and abilities.

As one example, a 10-year-old girl I was seeing in therapy following the sudden loss of her mother from a brain aneurysm found solace in writing a book about losing a parent that she thought might be helpful to other kids who have also faced the death of a parent.  Similar to a strategy I have used with other children who have authored books about a particular issue, her book was placed in the school library.

Sandberg observed that while at times a surviving parent might feel helpless in solving their children’s problems, the parent can still offer support via “companioning,” which basically implies “walking alongside them and listening.”  She wrote that Grant informed her about programs to help families manage parental loss by assisting parents to create and sustain warm relationships, communicate openly, discipline constructively, and help children develop effective coping strategies.   A parent demonstrating these skills has, in effect, assumed the role of a “charismatic adult” from whom children gather strength.

Another parenting practice emphasized by Sandberg and one that I have strongly advocated is to demonstrate undivided attention to our children.  While adopting such a practice may seem obvious, in my December, 2014 article I described research that indicated parents were spending an increasing amount of time on their smart phones while in the presence of their children.  In many of my writings, I have recommended that parents set aside a “special” time, preferably a one-on-one time, with each child.  Or it could also involve a time that becomes a tradition involving all of one’s children, such as having dinner together on a regular basis.

With the advent of cell phones, I have cautioned that during such “special” times all electronic devices be turned off.  I am reminded of a young girl who reported that she knew her parents loved her.  When I inquired how she knew, she expressed a very insightful answer.  “They let the answering machine answer a call when they were playing with me.”

Sandberg emphasized the importance of keeping memories of the lost family member alive; this was especially important in her situation given the relatively young age of her children when their father died.  I was reminded of several of my adult patients who had lost a parent when they were young children and lamented that they wished they could remember the parent’s voice or had more photos of the parent—of course, a positive side of electronic devices and the digital world is how much easier it is to have such videos and photos of loved ones available.

Sandberg asked dozens of her husband’s closest family members, friends, and colleagues to share stories about him on video and she also taped her own kids describing memories they had of their father.  Sandberg reported that this past Thanksgiving her daughter was very upset, finally acknowledging, “I’m forgetting Daddy because I haven’t seen him for so long.”  This prompted them to watch the video of her daughter talking about her father, and doing so offered some comfort.

The Meaning of “Option B”

In the Time magazine story written by Belinda Luscombe we learn how the title of Sandberg and Grant’s book Option B: Facing Adversity, Building Resilience, and Finding Joy apparently came into existence.  After Dave Goldberg’s death, there was a father-child event at the school attended by Sandberg and Goldberg’s children.  A close friend, Phil Deutch, “proposed designating a stand-in dad.  Sandberg protested that it wasn’t the same as having Goldberg there.  Deutch put his arm around her.  ‘Option A is not available,’ he said, ‘So let’s kick the shit out of option B.’”

Deutch’s rather colorful description captures one of the most important characteristics of a resilient mindset, one to which I alluded earlier in this article, namely, “personal control.”  Individuals who are resilient focus their time and energy on addressing what they can change in situations rather than attempting to alter things that cannot be altered.  The sudden and tragic death of Dave Goldberg is sadly irreversible (Option A); instead, resilient people, while not denying the pain and distress that are natural emotions associated with loss, eventually manage these feelings and seek alternative solutions (Option B).

For Sheryl Sandberg and her children, as well as for almost all of us, it is a slow process to move from Option A to B, but it is a necessary process.  As I have often stated, “We are the authors of our own lives”; while many events occur over which we have little, if any, control, what we have more control over than we may appreciate is our attitude and response to these events.  As life’s authors, we must exert as much time and energy as possible to journey from A to B; if we fail to do so, we are likely to become trapped in a victim’s mentality that will prevent us and our children from leading more satisfying, resilient lives.