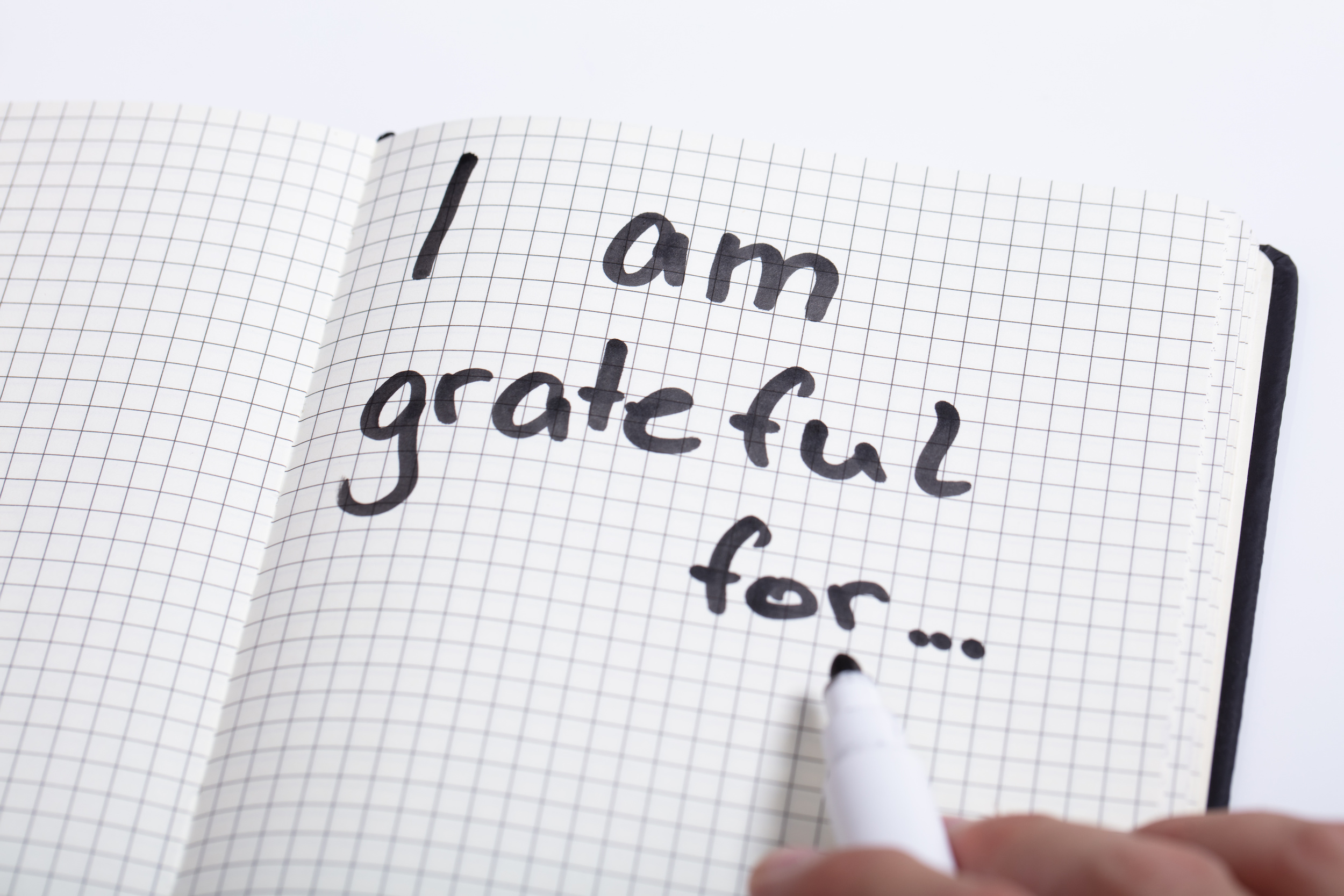 The Thanksgiving holiday in the United States was celebrated several days ago. It has always been one of my favorite holidays, highlighted with family and friends getting together, sharing a delicious meal (typically necessitating extra time for exercise to burn off some of the many calories consumed), and in many households watching at least parts of the football games that are scheduled that day. As we are all very aware, last year’s Thanksgiving, a couple of months prior to the distribution of vaccines to combat COVID-19, saw many of us holding relatively short, virtual get togethers. Brief toasts were offered during which we wished each other good health and voiced hope that next year’s Thanksgiving would once again be in person.

My immediate family has all been vaccinated, allowing us to realize the hope we expressed last year, to celebrate Thanksgiving 2021 in person. Smiles, laughter, actual hugs rather than virtual hugs, and spending hours together generated a sense of elation. In the midst of our happiness and thankfulness, we were mindful of the plight of countless others in the U.S. and throughout the world who have lost and continue to lose family and friends to the coronavirus and have experienced unemployment and financial, housing, and food insecurity. It is not surprising that anxiety, depression, and mental health issues have increased significantly among all age groups during the pandemic.

I recall that last year, even in the throes of the pronounced stresses and disruptions occasioned by the coronavirus, I felt thankful that our family had remained healthy and that technology existed that not only allowed me to keep in close touch with family and friends but also to offer webinars for a variety of different audiences from throughout the globe. I knew that others were not in such a favorable situation. In my webinars I heard firsthand the painful situations that many faced.

Not surprisingly, a major theme I’ve been asked to address in many of my webinars has been what actions one might take to nurture resilience and hope both in ourselves and others especially during these disruptive, challenging times. Given the varied composition of my audiences, I have emphasized that the more we attend to our own physical and mental well-being, the better equipped we will be to strengthen resilience in our children, our students, our staff/employees, and other family members.

In describing different components of resilience, I have increasingly placed a spotlight on gratitude, identifying two major ways in which this attribute can be expressed. One manifestation involves considering on a daily or weekly basis two or three things for which we are grateful. It is often recommended that we record in writing our responses. This task should not be interpreted to imply that as we reflect upon the positive situations in our lives we minimize or deny the stresses or hardships we face. Rather, a consideration of that for which we are grateful serves to attenuate the negative thoughts and emotions that burden us and provide a less skewed, more accurate picture of our experiences in life. A large body of research demonstrates the effectiveness of this gratitude exercise in realistically boosting one’s outlook and sense of hope.

A second expression of gratitude occurs when we convey appreciation to those who have enriched our lives in some manner. As I discovered in research I conducted, even a brief card, letter, or call that communicates a message of thanks can have a significant impact that is remembered for years, if not a lifetime. In my writings I have referred to such actions as “seemingly small gestures.” Not surprisingly, I found that both the giver and recipient of expressions of appreciation benefit from these actions.

In last month’s article I highlighted the influence of small gestures or micromoments when conveying empathy. I posed several questions for readers to reflect upon that zeroed in on moments of empathy or microaffirmations they experienced in their lives. One of my main goals when suggesting these kinds of questions is to encourage us to examine the ways in which theoretical concepts such as empathy can be applied and made relevant in our daily lives. In this regard several readers of my October article wrote to say that the questions I raised helped them to become more aware of their behaviors and steps they might take to become more empathic. A couple of clinicians informed me that they planned to incorporate the questions in their therapy with patients.

Questions similar to those I raised about empathy can be asked about gratitude. Given the noteworthy influence of gratitude on our daily lives, these questions are not just academic in nature but rather are intended to motivate us to be more intentional about the ways in which we reflect upon and/or communicate gratitude. Consider how you would reply to the following:

“What are two or three things for which you are currently grateful?”

“What is an event/person you experienced as a child for which you were grateful and what impact did that event /person have on your life?”

“If you could go back in time, is there a situation in which you neglected to express gratitude but would do so today?”

“What are one or two things you’ve done during the past few years for which you believe others are grateful? What emotions did you experience following your acts of kindness?”

“In the upcoming month, who is one person to whom you plan to express gratitude and why have you selected this person? What do you think this person’s reaction will be?”

A Poignant Illustration of Gratitude

One of my favorite examples related to gratitude emerged from a workshop I gave for educators a number of years ago. One of the attendees recounted with palpable emotion a “seemingly small gesture” that occurred when she was a student in high school. She described one of her teachers at the time “unexpectedly and surprisingly going out of his way” to offer her brief words of encouragement. She noted that she was feeling depressed and struggling with issues of sadness and low self-esteem when he approached her with his positive feedback. She added that she didn’t know what prompted his action and that his gesture was one of the first times in her life that someone had spoken about her strengths. She said that his comment changed her life, coming at a very challenging time when she entertained little hope of things improving. She stated that his kindness led to her decision to become a high school teacher, a position that brought her a great deal of satisfaction and one that allowed her to “pay forward” with her students what he had done for her.

The story did not end at this point. After the workshop she approached me alone and alluded to several remarks I had made about gratitude. She said that for whatever reason she had never really thanked this teacher or informed him that because of his actions she became a teacher. I replied that expressions of gratitude are always welcome and encouraged her to write to him even though 20 years had passed since his impactful interaction with her. She said she would do so and I asked her to let me know what transpired.

Several weeks later she wrote to me and reported that to make certain he was still teaching at the high school she attended, she contacted the school and was “saddened and stunned” to learn that he had unexpectedly died a few months earlier. She then made an interesting decision. She penned a letter to him, knowing that he would not read it, but she was able to obtain the names and addresses of his two grown children. She sent each a copy of the letter, explaining the role their father had played in her life and her regret she had not sent him the letter they just received. Both were very moved by her letter with one reassuringly saying, “Don’t worry, he’s reading this letter now” and the other commenting on the ways in which she was honoring his father’s memory by creating similar experiences for her students.

My personal experiences as both a giver and recipient of gratitude and my decades long interest in factors that contribute to purpose, meaning, and resilience in our lives has led me to collect many articles/studies related to gratitude. One that caught my attention was co-authored by psychologists Christina Armenta and Sonja Lyubomirsky (I have previously cited the latter’s research in the area of “happiness”). It was titled “How Gratitude Motivates Us to Become Better People” and was posted by the Greater Good Science Center at the University of California at Berkeley on their website.

One of the reasons this article caught my attention was because it cited the views of several people who had proposed critical views of gratitude—views that were challenged by Armenta and Lyubomirsky. These negative opinions argued that gratitude could result in self-satisfaction, apathy, and complacency, “prompting people to feel satisfied where they are in life rather than pursuing bigger personal goals or working to help others.”

I had not thought about this position and was surprised when I read about it. Thus, I was pleased when Armenta and Lyubomirsky asserted that based on more than two decades of research they have found that “gratitude is not just a pleasant, passive emotion but rather an activating, energizing, force that may lead us to pursue our goals and become better, more socially engaged people. . . . These studies suggest that gratitude can motivate behaviors that ultimately lead to self-improvement and positive change.” As an example of one study, they cite the work of psychologists Robert Emmons and Anjali Mishra who found that people actually feel more motivated to complete tasks when they experience gratitude. In this study feelings of gratitude were elicited by asking students to consider their blessings.

In another study, psychologists Monica Bartlett and David DeSteno found that individuals who experienced the help of someone else were more likely to assist not only their benefactors but complete strangers as well when compared with those who had not been recipients of such help. These results were interpreted to indicate that a sense of gratitude not only encourages us to better our own lives but, very importantly, the lives of others. Studies have found this dynamic to be true at any age, including with preschoolers. A feeling of gratitude is heightened after one engages in an act of kindness and interestingly, this heightened sense of gratitude encourages future acts of altruism and kindness. In essence, these different positive emotions and actions serve as fuel for each other with a dynamic cycle of positivity generated and maintained.

In next month’s article, I plan to examine more closely the attributes and actions associated with gratitude with the goal of offering guideposts we might use to have gratitude become a stronger, more consistent part of our lives.

Until then, I wish to return to the last two questions I raised above, namely, “In the upcoming month, who is one person to whom you plan to express gratitude and why have you selected this person? What do you think this person’s reaction will be?”

I also hope that the upcoming holiday season is filled with a sense of happiness, well-being, and peace and shared with family and friends.