Do Generosity and Kindness Change Circuits in the Brain?Robert Brooks, Ph.D. 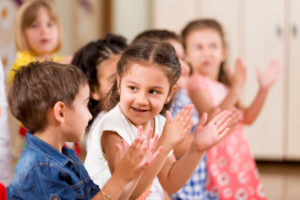 This past weekend I had the privilege of offering one of the keynotes at a three-day conference in New York City sponsored by the Learning and the Brain organization.  I was very pleased that my presentation was scheduled immediately after a keynote by Dr. Richard Davidson, a renowned neuroscientist at the University of Wisconsin-Madison and the Founder and Director of the Center for Healthy Minds.  I have long admired Davidson’s contribution to our understanding of resilience, well-being, and the workings of the brain.

The title of Davidson’s presentation was “Resilience Is a Skill: Perspectives from Affective and Contemplative Neuroscience.”  In his talk and in an article published in the Greater Good Magazine Davidson asserted, “Well-being is a skill.  All of the work that my colleagues and I have been doing leads inevitably to this central conclusion.  Well-being is fundamentally no different than learning to play the cello.  If one practices the skills of well-being, one will get better at it.”

Davidson’s position offers an encouraging perspective about the ability of children and adults to become increasingly resilient even as they have encounter significant adversity in their lives.  It is a position that resonates with my own views and is reflected in the concept of a “resilient mindset” that I first introduced many years ago and subsequently elaborated upon with my colleague Dr. Sam Goldstein. We emphasized that resilient individuals possess certain qualities and/or ways of viewing themselves and the world that are not apparent in those who have not been successful in meeting challenges.  We also wrote that the assumptions and expectations (i.e., mindsets) we hold influence the behaviors and skills we develop.  In turn, these behaviors and skills influence our mindset, so that a dynamic back and forth process is constantly operating.

Sam and I have spoken and written about our transformation as psychologists from subscribing to a so-called “deficit” model in which the focus is on fixing what is wrong with people to a strength-based approach that places the spotlight on identifying, reinforcing, and using the strengths or what I was to call “islands of competence” of each individual.

A Question Posed by the Dalai Lama

Davidson apparently had a similar transformation of focus in his career.  An article published in The Atlantic written by Kathy Gilsinan and titled “The Buddhist and the Neuroscientist,” noted that in 1992 Davidson met with the Dalai Lama.  The latter said to Davidson, “You’ve been using the tools of modern neuroscience to study depression, anxiety, and fear. Why can’t you use these same tools to study kindness and compassion?”  Davidson replied that he did not really have a good answer, but it was obvious from the path that his research was to take after his meeting with the Dalai Lama that the latter’s question had a major impact on this famed neuroscientist’s interests and perspective.

The Dalai Lama wondered what the techniques of neuroscience would reveal about the brains of people who according to Davidson’s account “spent years cultivating well being and cultivating qualities of the mind which promote a positive outlook.”  This prompted Davidson to study the MRI scans of Buddhist monks.  He and his colleagues also requested these monks to alternate between a meditative state and a state that was more neutral. In Gilsinan’s article one monk described the meditative state as producing “a state in which love and compassion permeate the whole mind, with no other consideration, reasoning, or discursive thoughts.”

Davidson discovered that different regions of the brain were involved in our well-being and in our being compassionate.  In addition, the MRI scans indicated that the brain is capable of plasticity—that is, given different experiences the brain is “capable of change, in theory, of becoming more resilient.” The implications of these early findings were profound.  Davidson observed, “The systems in the brain that support our well-being are intimately connected to different organ systems in ways that matter for our health.”   He noted that an eight-week course in mindfulness meditation improved the immune response to an influenza vaccine and that a brief “compassion training” course resulted in an increase in altruistic behavior compared with a control group.

Innate Goodness and Activities in the Brain

There is much to digest and discuss in terms of the implications of Davidson’s research, but at this point, I want to highlight one particular finding, namely, the impact that acts of generosity and altruism produce.  In his keynote at the Learning and the Brain conference and in his writings such as in the Greater Good Magazine article, Davidson offered this thought: “Human beings come into the world with innate, basic goodness.  When we engage in practices that are designed to cultivate kindness and compassion, we’re not actually creating something de novo—we’re not actually creating something that didn’t already exist.  What we’re doing is recognizing, strengthening, and nurturing a quality that was there from the outset.”

As I reflected upon this view, I thought of a similar belief that Sam and I expressed in our book Raising Resilient Children.  “Children appear to come into this world with a need to be helpful and valued. . . .  We believe that children possess an inborn need or drive to make a positive difference in the lives of others.”

Davidson’s studies of the brain provide support of what Sam and I proposed in our book about the inborn need to be helpful.  Davidson asserted, “There are now a plethora of data showing that when individuals engage in generous and altruistic behavior, they actually activate circuits in the brain that are key to fostering well-being.  These circuits get activated in a way that is more enduring than the way we respond to positive incentives, such as winning a game or earning a prize.”

Davidson continued, “The Dalai Lama frequently talks about the best way for us to be happy is to be generous to others.  And in fact, the scientific evidence is in many ways bearing this out, and showing that there are systematic changes in the brain that are associated with acts of generosity.”

If one accepts that there is an inborn need to be altruistic, then the challenge is to provide children from a very early age with opportunities to fulfill this need and in the process “activate circuits in the brain that are key to fostering well-being.”  Based on my clinical experiences with both children and adults, I have no hesitation in asserting that significant therapeutic benefits accrue to individuals of any age when they are engaged in what I call “contributory” or “charitable” activities that enrich the lives of others.  Thus, it was reassuring to learn that Davidson’s research has prompted the creation of a 12-week “Kindness Curriculum” developed by the Center for Healthy Minds.

In a paper describing this very promising curriculum, Lisa Flook and Laura Pinger noted that it was used twice a week for 20 minutes with pre-kindergarten children who “were introduced to stories and practices for paying attention, regulating their emotions, and cultivating kindness.”  Initial research findings indicate the program improved cognitive abilities and interpersonal skills.

A free copy of the curriculum is available through the Center for Healthy Minds website (www.centerhealthyminds.org).  One component of the curriculum is a poster on the wall called “Kindness Garden” on which kids place stickers when they have performed an act of kindness or benefited from such an act. The children are encouraged to reflect upon how kindness feels good and to consider how to develop friendships in the classroom.

The curriculum also includes books, songs, and movement that are comprehensible to four-year-olds.  For example, they learn through listening to selected songs to use their breathing to produce some peace and quiet.  Books that are read to them involve themes of caring, depending on adults, and learning to identify and regulate emotions.  Recognizing acts of kindness and expressing gratitude to those who have been helpful are also part of what children are taught.

While Flook and Pinger acknowledged that this initial study was small and that larger studies are being planned, the findings thus far are exciting.  They reported, “Students who went through the curriculum showed more empathy and kindness and a greater ability to calm themselves down when they felt upset. . . .  They showed improvement in the ability to think flexibly and delay gratification, skills that have been linked to health and success in life.”

It was also observed that the practices involved in the curriculum were “equally useful for parents and teachers, who are struggling with stressful workplace or busy classrooms.”  Certainly, when the significant adults in a child’s life display calmness and kindness, it is easier for the children to do so as well.  When children interact with caregivers who are stressed, frustrated, or angry, their own level of distress is heightened and their behavior and cognitive abilities suffer.

As most of my readers are aware, I am a strong advocate for including social-emotional learning in the school curriculum for all grade levels.  I recognize that the content and structure of such a curriculum will vary among different programs.  Also, activities in any program differ depending upon the grade level and cognitive level of the students.  However, what does not change is the primary goal of reinforcing in each student such skills and behaviors as empathy, kindness, compassion, self-discipline, and interpersonal competence.

An Obstacle to Be Addressed

I have frequently heard from teachers and school administrators that one obstacle to implementing a social-emotional curriculum in schools is that it would take valuable time away from teaching academic content.  The pressure educators experience is even greater in a world that views grades and test scores as the true measure of a teacher or school’s effectiveness and success.

I understand this concern, but I think it is unfortunate that a belief has emerged in many quarters that nurturing the social and emotional well-being of students is mutually exclusive from reinforcing their academic skills.  I am convinced from research findings, from my own experience, and from feedback I have received from many educators that strengthening a student’s self-worth, empathy, compassion, and connections with others is not an “extra” curriculum that siphons time from teaching academics; if anything, these qualities in students provide the scaffolding that bolsters the foundation for enhanced learning, motivation, self-discipline, caring, and resilience—and as Davidson has shown, they are associated with important systematic changes in the brain.

These kinds of outcomes from social-emotional learning activities dictate that such learning should not be relegated to the background.  Some might argue that they deserve equal or even greater billing when compared with academic achievement.  May I suggest that the attributes nurtured via social-emotional learning may prove to be of far greater value during one’s lifetime than one’s grade point average or scores on a standardized test?  Davidson’s research certainly points in that direction and deserves much consideration as we seek to nurture well-being in ourselves and our children.