Creating Meaning at a Given MomentRobert Brooks, Ph.D. 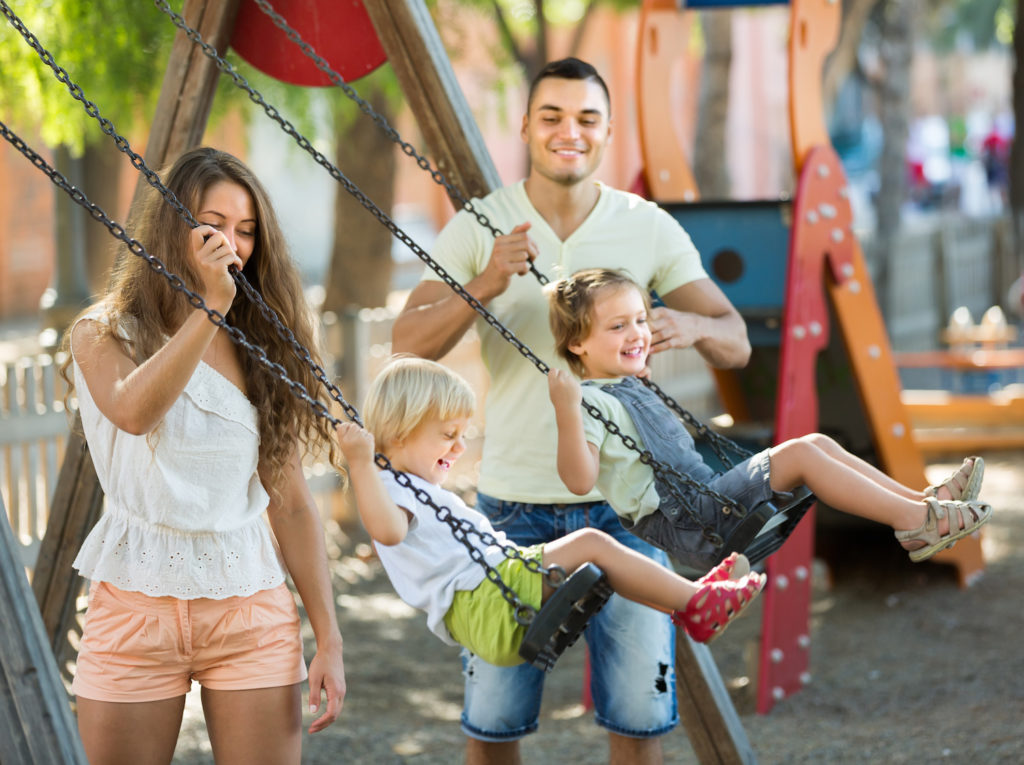 I recently read an article by Dr. Pninit Russo-Netzer published by The Greater Good Science Center at the University of California-Berkeley.  Her article “Why You Should Prioritize Meaning in Your Everyday Life” highlighted a theme that I often include in my writings and presentations: the importance of identifying and initiating specific actions we can take to bring meaning and purpose to our lives.

Russo-Netzer cited the work of Dr. Viktor Frankl, a psychiatrist and holocaust survivor whose writings and philosophy have had a significant impact on both my personal and professional lives.  I have read his book Man’s Search for Meaning six or seven times and with each reading I gain new insights.  Russo-Netzer reported that Frankl viewed the search for meaning as a primary motivation in humans, but she cautioned, “Meaning is hard to put our fingers on.  The meaning of life—or even the meaning of our life—can feel like a big abstract question without any clear answer, no matter how much we ponder it.”

In searching for a more definitive answer she observed, “Frankl maintained that ‘what matters most is not the meaning in life in general, but rather the specific meaning of a person’s life at a given moment.’  In other words, meaning manifests in what we actively and consciously choose to do with our lives.  Experiencing meaning in life is a concrete question that has everything to do with our priorities, with how we spend our time—at work or at play, with others or alone, in competition or in service.”

Frankl’s emphasis on “a given moment” and Russo-Netzer’s notion of “what we actively and consciously choose to do with our lives” serve to propel the concept of meaning from a more theoretical position to one that challenges us to identify and engage in activities on a daily basis that are in keeping with our values and promote a sense of honesty and purpose.

This view resonates with my belief that “seemingly small gestures” can have a significant impact in promoting our physical and emotional well-being (as well as the physical and emotional well-being of others).  Small gestures may involve those for which we are recipients and/or those we direct towards others (e.g., words of encouragement, acts of kindness).  In previous articles I have referred to researchers who have used the label “microaffirmations” to describe the ways in which seemingly small, positive actions can produce lifelong benefits (in contrast, the term “microaggressions” has been proposed to describe small gestures that have hurtful, adverse effects on our lives).

Russo-Netzer conducted research to examine Frankl’s assertion that simple, everyday actions could nurture noteworthy meaning and purpose in our lives.  She developed a test instrument to assess the extent to which individuals make a conscious effort on a regular basis to engage in behaviors that generate meaning, a concept she calls “prioritizing meaning.”

She explained, “People who prioritize meaning would agree with statements like, ‘The manner in which I organize my day reflects values that are meaningful to me’ or ‘I choose to include in my life activities that are meaningful to me, even if they require effort.’  For example, they might spend time writing a book, supporting someone in need, or volunteering for a valued cause such as an animal shelter.”

Russo-Netzer’s findings supported Frankl’s position. “People who prioritize meaning through their actions do tend to have a greater sense of meaning in life, and in turn they experience less negative emotion and more positive emotion, gratitude, coherence (a sense of optimism and control), happiness, and life satisfaction.  In addition, people who are searching for meaning have a higher sense of meaning and well-being when they are actually prioritizing meaning in their daily lives.”

She added, “That means that if we’re wishing for a more meaningful life but not actively doing anything about it, we probably won’t fare very well.  Rather than hoping we will discover or figure out the meaning of our lives someday in the future, it may be possible for us to take ownership of cultivating and experiencing a meaningful life on a day-to-day basis.”

Many people reflecting upon Russo-Netzer’s conclusions might question if a research project was necessary to confirm that if we define goals that we believe will add meaning to our lives but fail to initiate action to fulfill these goals, then they will remain unrealized dreams.  While the findings of her research may seem highly predictable and obvious, I have worked with many individuals in my clinical practice or have spoken with others at my presentations who describe a noticeable disconnect between establishing goals and achieving them.

Russo-Netzer offered insights for resolving this disconnect by referring to the work of Dr. Lahnna Catalino.  Russo-Netzer wrote that her concept of “prioritizing meaning” was inspired, in part, by Catalino’s notion of “prioritizing positivity.”  Catalino and her colleagues found that “many people pursue happiness by trying to feel good all the time, which can backfire.  Instead, another approach is to prioritize positivity, or seek out and schedule your day around pleasant experiences.”

Catalino found that the strategy of attempting to control your actions rather than your emotions is a more effective way to nurture well-being than obsessing about happiness.  Russo-Netzer distinguished between prioritizing meaning and prioritizing positivity by analyzing research data and inferring that “people who tended to prioritize meaning had a greater sense of meaning and gratitude, while those who tended to prioritize positivity were less depressed.”

Lest we get too caught up in a theoretical discussion about differentiating these concepts, Russo-Netzer recommended that it would be more advantageous to combine strategies enlisted to prioritize either meaning or positivity.  Such a blending of strategies is likely to result in the emergence of positive emotions such as happiness as well as a sense that one is leading a lifestyle in concert with one’s values.  More specifically, Russo-Netzer asserted that it is probably not enough to simply possess an intellectual understanding of one’s personal values without turning these values into concrete behaviors.  “For example, if you value family but don’t translate that into action by spending more time with your children, that value may not benefit your well-being.”

I would add that if one continuously fails to adhere to one’s values, there is a high probability that feelings of stress, disappointment, and unhappiness will begin to dominate one’s life.  A question I frequently pose with my adult patients is to list five things in their lives that are most important or valuable to them, which in essence is an exercise that involves “prioritizing.”

Once the list is created, I then request we review each item to assess the time and energy that is actually devoted to that item.  In doing this exercise, it is not unusual for my patients to recognize something that may appear evident but previously has not been fully recognized—the source of some of their anxiety, dissatisfaction, and unhappiness is rooted in not being true to what they assert they value most.

As one illustration, similar to Russo-Netzer’s example of spending time with your family, I saw a man in therapy (I will call him Jim) who contacted me because of feeling depressed and anxious, having trouble sleeping, and having gained a significant amount of weight during the past couple of years.  At the top of the priority list that I asked Jim to create, he placed his relationship with his wife, followed by his relationship with his children, his health, his religion, and finally his work.

He then had what amounted to an “ah-ha” experience as he described the decreased amount of time and energy he was devoting to the first four items as a consequence of his becoming increasingly consumed by his work.  I asked him to tell me about his work and he quickly replied, “I hate work.  It’s not enjoyable at all.”  He paused as he appeared to contemplate not only what he had just told me but also the strong emotions that accompanied his words.

“It seems so obvious now why I’ve been feeling anxious and depressed.  I don’t know why I wasn’t more aware of it before you asked me what’s most important to me.  I’m spending more time on what I don’t enjoy and less time on what I value the most.”

I strongly advocate that when we attempt to implement changes in our lifestyle, it is essential we do so guided by realistic, achievable goals.  I have witnessed the unfortunate outcome when our attempts to modify our current behaviors are not carefully planned and are basically doomed to fail right from the start.

With this in mind, Jim and I explored small steps he could take to bring his values and his behaviors closer together.  He made a commitment to start by arriving home in time to have dinner once a week with his family and twice a week to help put his two young children to bed.  Achieving these small goals prompted further reflection and additional changes.  Eventually, he left his job but not before he had secured another position that permitted him a more flexible schedule and, very importantly, more fulfilling, satisfying responsibilities.

Russo-Netzer suggested an approach similar to the one I used with Jim.  “When we plan our days, we can choose to schedule activities that are in congruence with the things that matter to us, that hold import and value for us.  Which meaningful activities or interactions should you prioritize in the next 24 hours and which activities should be removed or modified?  What is the alignment between your current to-do list or daily routine and your personal values?  How did you spend your last 24 hours?  Your week?  Your year?”

These are important questions that require serious attention.  I am well aware that many people feel trapped by their daily responsibilities and assert that they would like to make changes in their lifestyle, but circumstances (e.g., dealing with job responsibilities to earn enough money to maintain a particular lifestyle) do not allow them to do so.  Yet, these are the same people who when confronted with serious health or family issues are forced to make changes that they previously thought were impossible to undertake.

I frequently emphasize the concept of “personal control” in my writings.  It captures my belief that we often have more control over our reaction to events in our lives than we may realize, and that we have the capacity to become “the authors of our own lives.”  In your role as an author, consider how you would answer Russo-Netzer’s questions about how did you spend your last 24 hours, your week, your year and if what you have done aligns with your values and contributes to your happiness.

Russo-Netzer concluded her article with the following observation:

We build our well-being through the things we repeatedly do every day; it doesn’t just happen to us.  When we take responsibility for our interactions, choices, and actions in day-to-day life, we can spend more time on the things that really matter to us and use our instruments to play our unique song.

In ending this piece about meaning and values, I cannot help but think about a story that has dominated the news the past week, the college-admissions scandal.  It touches upon themes of dishonesty, elitism, misplaced values, and robbing our children of being resilient.  I plan to address these themes in next month’s article.