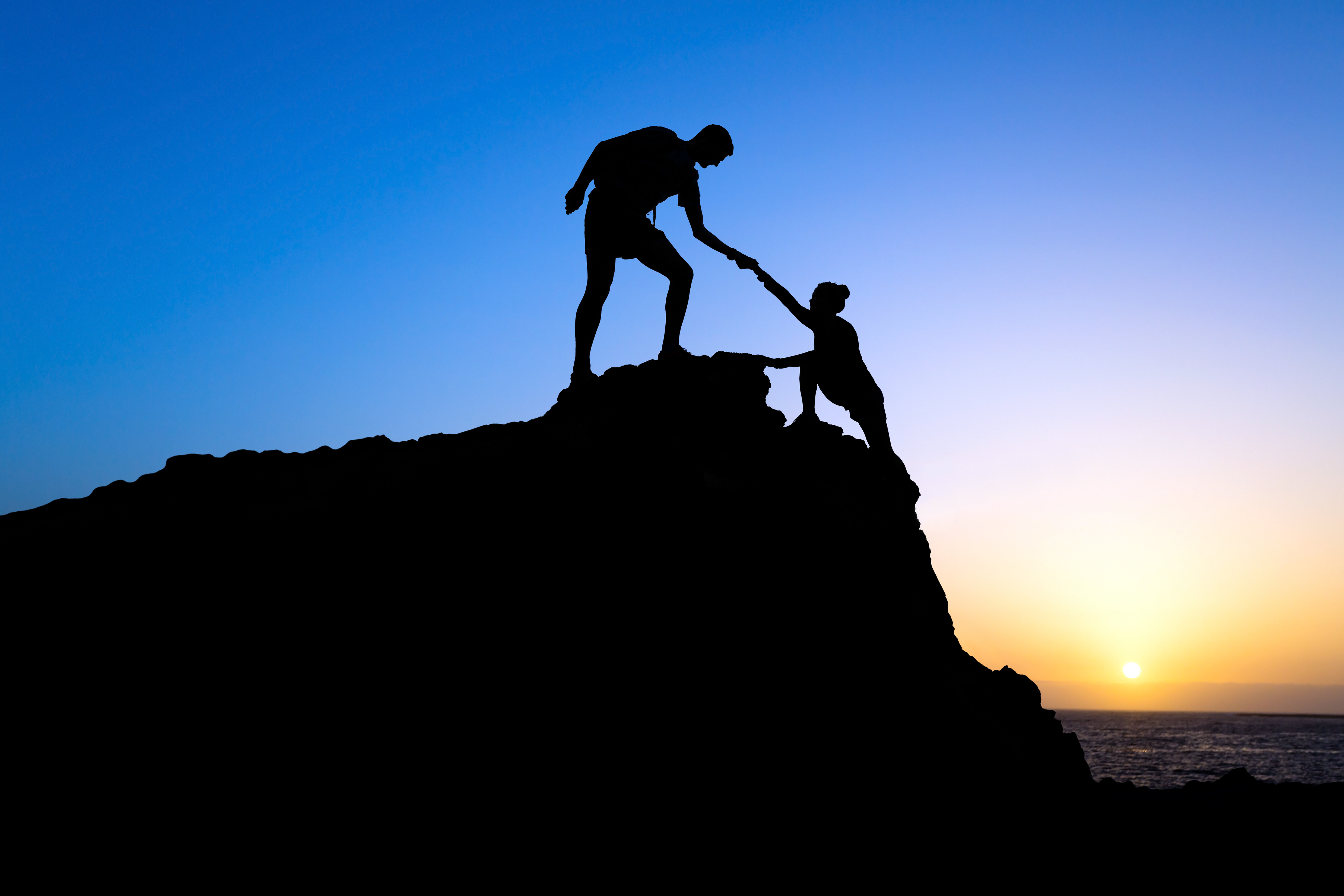 The American Psychological Association recently issued a press release detailing the results of surveys conducted on its behalf by the Harris Poll in August, 2016 and again in January, 2017.  The report, “Stress in America: Coping with Change,” confirmed what many of us already knew, that stress experienced by Americans is on the rise. The two recent polls indicate the highest increase since these kinds of surveys began in 2008.

Much of the heightened stress during the past six months was attributed to the political climate, the presidential election result, and worries about what the future holds.  “Two-thirds of Americans say they are stressed about the future of our nation, including a majority of both Democrats and Republicans.”  Perhaps not surprisingly, people who identified themselves as Democrats voiced a higher level of stress than those who identified themselves as Republicans, but neither party was immune from such symptoms as “headaches, feeling overwhelmed, feeling nervous or anxious, or feeling depressed or sad.”

In an article published in the Boston Globe titled, “The Newest Topic of Therapist Couch Conversation? Politics,” Dugan Arnett wrote, “Since the November election, mental health professionals have reported a jump in political-related anxiety among patients, as a slew of Americans grapple with the rapid pace of governmental change—and a stream of controversial news.”  Psychologist Ethan Seidman is quoted in the article as observing, “It’s gone from the shock of the election to a sort of pervasive sense of worry and helplessness.”

The article emphasizes that the experience of stress even among patients is not universal.  “For plenty of patients, the changing political landscape has been little more than a passing topic of conversation, no more discussed than, say, the recent Super Bowl.”  Many in our country may even feel more relieved and secure with the current political situation.  However, as Dr. Katherine Nordal, APA’s executive director asserts in the organization’s press release, “The stress we’re seeing around political issues is deeply concerning, because it’s hard for Americans to get away from it.  We’re surrounded by conversations, news and social media that constantly remind us of the issues that are stressing us the most.”

In my November, 2016 article I addressed the divisiveness, anger, and stress burdening many people.  As a source of counteracting those negative emotions, I described several core beliefs and principles that guide my life and work.  One of these principles, “personal control,” is a key component of resilience and entails expending our time and energy on situations over which we have control or influence rather than on things that are beyond our influence.  As I have often asserted, when resilient people are confronted with difficult situations they do not blame the situation, others, or themselves.  Rather, they adopt a proactive stance and ask, “What is it that I can do differently to manage or modify this difficult situation?”  They recognize that while there are events over which we have little, if any, influence, what we have more control over than we may realize is our attitude and response to these events.

Another core belief about which I have increasingly spoken and written, and that continues to be supported by research findings, is that stress and anxiety can be diminished when we focus on being empathic and involving ourselves in actions that enrich the lives of others.  Such “contributory” or “charitable activities” provide a sense of purpose and meaning, serving as a vehicle through which to discard a victim’s mentality while becoming a positive force in this world.

One example of these principles in action was witnessed this past Sunday in Boston when many people gathered for “A Stand Up for Science Rally.”  The rally coincided with the annual meeting of the American Association for the Advancement of Science, which was being held in Boston and attended by thousands of scientists from around the United States and the world.

An essential message delivered at the rally was that science and scientific research must continue to be supported and not neglected or dismissed.  One attendee noted, “We’re not protesting a political party.  As scientists, we want to support truth.”  Several people who had faced life-threatening illnesses emphasized that they might not be alive today or leading the productive lives they were without the knowledge gained from scientific and medical research.  A follow-up rally is being planned for Washington, D.C. in April.

I listened to interviews conducted with some of the participants at the rally.  They spoke of their not wanting to remain on the sidelines but instead having their voices heard.  Several described the exhilaration and positive emotions they experienced in coming together with others who shared their values and goals.  They felt their presence at the rally could make a difference in their lives and the lives of others.  There was a sense of proactivity, caring, and community—characteristics of resilience and antidotes to despair and stress.

Another article that appeared in the Boston Globe reminded me of the seemingly small ways in which we can express personal control and enrich our own lives and the lives of others.

The Globe piece was written by one of my favorite columnists, Kevin Cullen, a writer who is skilled in capturing the compassion and humanity of people—certainly an important quality at all times but even more so in a troubled, divisive atmosphere.  Cullen described an incident in a suburb of Boston this past July involving a police officer Dylan Punch.  Punch arrived at an overpass shortly after a young man had placed one of his legs over the wall, ready to jump into the traffic of a busy thoroughfare below.  Punch, a 28-year-old Army veteran, was quoted in Cullen’s article: “I just tried to connect, to show him some empathy.  That I really cared about what happened to him.  Because I did.”

In turned out the man on the bridge had lost his retail job at the local mall and was living in a tent.  He felt desperate and hopeless.  Punch attempted to reassure him that things could get better and then added, “If you jump you might solve your problem, but I’ll be screwed forever, always wondering if there was something I could have done differently.”

I recognize that such a comment might not always be effective, but in a situation such as Punch faced, why not attempt it?  In fact, it worked.  The man removed his leg from the top of the overpass and agreed to go to the hospital.  Punch handed him his business card and said, “Any time you want to talk, you call me.”

A few days after the incident, the young man’s grandmother showed up at the police station with a tray of pastries.  Punch was on patrol and was asked to come back to the station.  The grandmother thanked him and explained that her grandson had fallen on hard times and that the suicide gesture was really out of character for him.

A couple of months later as Punch was walking through the mall he recognized the man approaching.  “It was the same guy, but it was an entirely different guy.  He looked great.  He told me he just got a job at a restaurant and was doing well.”  He thanked Punch not only for encouraging him off the bridge but for caring enough to give him his business card.

Cullen concluded his column by observing, “It was just one random encounter in the thousands that Dylan Punch will have as a police officer, and the outcome could have been entirely different.  But a life was saved and a life is being repaired because of the most powerful thing a police officer can carry: empathy.”

We Can All Find Ways of Serving as an Officer Punch

People reading this vignette might say to themselves, “By the very nature of their work police officers such as Punch are in a position to significantly re-direct the path of a person’s life, but I’m not in a position to do that.”  However, I would argue that we all have ample opportunities to make a difference.  We must never lose sight that even what appears to be a small gesture—such as Punch offering the man his business card and inviting him to call if he wanted to talk—may have a profound impact, providing the nutrients from which hope and constructive actions emerge to replace stress, fear, and hopelessness.  I believe that to a certain extent we all have the capacity to serve as officer Punch did with the man on the bridge, although the ways in which we display empathy, courage, and kindness will differ.

In almost all of the presentations I have given during the past few months, I have heard accounts from audience members that corroborate the increased stress reported by the APA.  Frequently, especially given the fact that most of my talks focus on the theme of resilience, I have been asked what steps we might initiate to lessen stress.  I would like to offer the following suggestions, and I hope that none are seen as a recommendation to ignore or deny the challenges that pervade our world.