A Call for Empathy from an Unexpected SourceRobert Brooks, Ph.D. 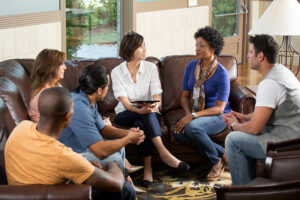 I titled last month’s article “Our Response to Divisiveness and Anger during Uncertain Times.”  As my readers are aware, I was prompted to write the column given the significant pre-election and post-election stress, anxiety, and anger being reported by many in the United States and throughout the globe.  I noted that while I voted for Hillary Clinton, it was my hope that my thoughts would not be viewed as advancing a political agenda.  Rather, my main goal was to emphasize that each of us possessed “personal control,” that is, the capacity to choose our attitude and response to a wide spectrum of events in our lives.  I advocated that we use this choice to reinforce empathy, respect, and kindness to offset the divisiveness and lack of unity pervading our world.

I was gratified by the number of people, including members of the clergy, who wrote to thank me for the article.  Several attendees at subsequent presentations also voiced appreciation for the views I conveyed.  One woman commented, “I know empathy is important, but it’s not always easy to try and see the world through the eyes of other people, especially if you don’t like them or their views.”

I have heard a similar sentiment on numerous occasions, prompting me to convey the following opinion in many of my presentations: “It’s much easier to be empathic towards people whose ideas agree with ours.  However, perhaps the true test of empathy is to be empathic when you are upset, angry, or in disagreement with the other person.”  I also emphasize that being empathic does not mean you agree with the opinions of others but rather that you are attempting to understand their perspective and emotions.

Relatedly, in discussing what I refer to as “empathic communication,” I state that if we are to connect in a constructive manner with others we must strive to validate their viewpoints even when their opinions differ from our own.  Validation is not the same as agreeing with a particular viewpoint but rather making a sincere effort to understand and respond constructively to people who hold beliefs that are contrary to our own.  In the absence of empathy, empathic communication, and validation, it is almost impossible to develop trust, civility, and points of agreement; instead, continued divisiveness, frustration, and anger will dominant the scene.

In this regard a man at one of my talks told me he voted for Donald Trump, but he liked my article since he felt it was not polarizing.  He commented that we need more focus on bringing people of different political views together rather than continuing to experience seemingly uncompromising, warring factions within our country.

The Impact of Empathy

Many of my writings, including a number of my website articles and books, examine the impact of empathy on all of our relationships.  As one example, my June, 2016 article reported research conducted at Stanford University that found “teacher empathy reduces student suspensions.  When teachers think empathically, and not punitively, about misbehaving students, they cultivate better relationships and help reduce discipline problems.”

I have also reported about the number of medical schools that have incorporated courses and exercises to enhance the empathy of medical students in their interaction with patients.  Just a couple of days ago, I read a fascinating article in the Clark Alumni Magazine (I received both my master’s and doctorate degrees at Clark University).  It was titled “Prescription: Empathy” and examined the work of Clark alumnus and physician Dr. Fred Kron.

Kron believes that “professional skills like communication and the ability to observe, understand, and reflect on a situation are the foundation of medical practice.”  Effective communication, of which empathy is a major component, “enables the physician to appreciate a patient’s diversity, background, fears, even hopes and dreams, so you can treat the patient as a person, with kindness and respect.”  The article observes that not surprisingly, poor doctor-patient communication “is the single best predictor of malpractice lawsuits.”

To nurture effective verbal and nonverbal communication as well as empathy, Kron has engaged in the development of real-time virtual environments that capture different scenarios faced by doctors in their interaction with patients.  The program, MPathic-VR, serves to bring “the students into the encounter so that they are empathetically engaged with the patients.”  Studies conducted to assess the program indicate its effectiveness in nurturing better communication skills and empathy.

The Insights and Actions of Glenn Beck

I continue to be encouraged by attempts to develop and strengthen empathy, both in children and adults.  On occasion, including while writing articles such as this one, I have conducted Google searches about the topic at hand.  As I was preparing this month’s column, I came across an Op-Ed piece “Empathy for Black Lives Matter” published at the beginning of September, 2016 in the New York Times.  I was somewhat surprised to see the byline at the top of the article; it reminded me that although I constantly advocate that we strive to be less judgmental and more empathic towards others, perhaps I was not adhering as faithfully as possible to my own advice.

The author of the article was Glenn Beck, a conservative political commentator, who, in his work in the media, appeared on CNN’s Headline News for almost three years before moving to Fox News for 2 ½ years.  He currently airs his show on TheBlaze station.  My surprise about the Op-Ed article was not because of the seemingly conservative position Beck has advanced on television but rather by what I experienced to be his inflammatory, dogmatic style.

Other articles about Beck indicated that I was not alone in perceiving him as a polarizing figure.  Even holding this opinion of Beck, I was immediately impressed with his Op-Ed piece.  Little did I anticipate the extent to which the views he expressed in the New York Times would resonate so closely with my own even though our beliefs differed about many other areas.

Beck wrote, “As people, wouldn’t we all benefit from trying to empathize with people we disagree with?  The only way for our society to work is for each of us to respect the views of others, and even try to understand and empathize with one another.  I have always tried to work toward this goal, even though I have often been guilty of conflating the individual with the whole.”

Not many would offer such a public confession.  If we categorize individuals into broad categories such as “Trump supporter” or “Clinton supporter” or “conservative” or “liberal” we lose sight of the fact that supporters of either candidate or political perspective may have far more in common with members of the so-called “other side” than we realize.

Beck continued that the proponents of different causes, whether they belong to the Tea Party or the Bernie Sanders’ campaign or Occupy Wall Street, actually shared many similar grievances that gravitated around the beliefs “My voice is not being heard” or “I have no control over what is transpiring about my future.”

Following the assassination of five Dallas police officers, Beck expressed grief not only for them and their families, but he also noted the “heartache and sorry” displayed by the parents of the gunman during an interview.  “After the massacre, I invited several Black Lives Matter believers on my show to get to know them as people—on and off air—and invited them back again.  These individuals are decent, hardworking, patriotic Americans.”

I was very moved by Beck’s next observation about the guests he interviewed from the Black Lives Matter movement.  “We don’t agree on everything, certainly not on politics; but are we not more than politics?  I refuse to define each of them based on the worst among them.  No movement is monolithic. . . .  We need to listen to one another, as human beings, and try to understand one another’s pain.  Empathy is not acknowledging or conceding that the pain and anger others feel is justified.  Empathy is acknowledging someone else’s pain and anger while feeling for them as human beings—even, and maybe especially, when we don’t necessarily agree or understand them.”

The words “when we don’t necessarily agree or understand them” were very familiar to me, having articulated a similar position on countless occasions in my presentations and writings.  Beck emphasized the importance of connections rather than divisiveness when stating, “We are a country in trouble, and we have only one way out, reconciliation.  We must follow the Rev. Dr. Martin Luther King Jr.’s message and method and move away from a pursuit of ‘winning’ and toward reclaiming our shared humanity.”

As I noted earlier, I was initially surprised when discovering that Glenn Beck, an individual whom I did not expect would emphasize in his writings the significance of empathy, had authored a poignant, reasoned article extolling this attribute.  However, his doing so served as a lesson for me, namely, that I must be careful not to engage in the very thoughts and subsequent actions that I was cautioning against, including the prejudgment of people and causes based upon what Beck referred to as a “monolithic” vision.  Beck captured how essential it is to enter into a respectful, empathic dialogue with others even (especially) when their views differed markedly from our own.  Not to do so fuels the anger, hostility, and mistrust that have already become too dominant in many of our lives.

In ending, I wish to share insights about empathy from two of my favorite authors, Daniel Pink (Drive) and the late Stephen Covey (The Seven Habits of Highly Effective People).  Pink observes, “Empathy is about standing in someone else’s shoes, feeling with his or her heart, seeing with his or her eyes.  Not only is empathy hard to outsource and automate, but it makes the world a better place.”

Covey writes, “When you show deep empathy toward others, their defensive energy goes down, and positive energy replaces it.  That’s when you can get more creative in problem solving.”

Let us all strive to nurture this positive energy and create a 2017 filled with happiness, hope, and peace.